"What a difference it makes when I make time to take short trips," Manisha Koirala captioned a photo collage 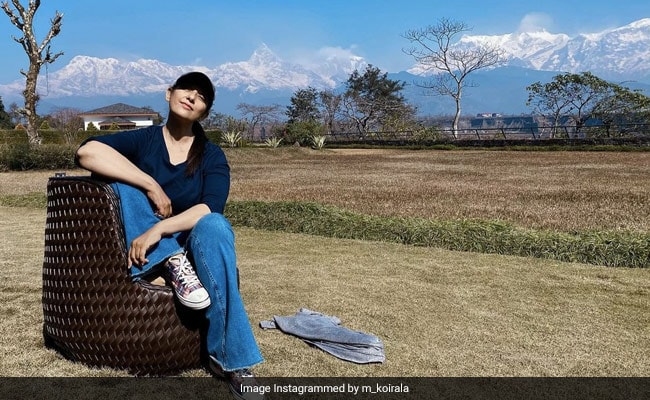 Actress Manisha Koirala said she's somewhat living the life of a "nomad" and shared glimpses of her nomadic life on Instagram. Manisha Koirala hails from Nepal and loves to fill up her travel book with memories. She has been making short trips in and around Nepal, which is her way of going into a "soul searching" quest. Sharing a bunch of photos from Pokhara in Nepal, Manisha Koirala wrote: "What a difference it makes when I make time to take short trips... preparing to go into soul searching... bit like a nomad." For another caption, she borrowed a quote attributed to late American actress Mae West: "You only live once, but if you do it right, once is enough."

Sharing gorgeous photos of a sunset from Begnas Lake, Pokhara, Manisha Koirala wrote: "The prettiest and the most soulful quite lake... life is still, peaceful and perfect when sitting and watching the sun set here."

Manisha Koirala was diagnosed with ovarian cancer in 2012, a few years after which she opened up about her ordeal with illness and wrote about emerging as a survivor in the book Healed: How Cancer Gave Me A New Life, which was published in 2018.