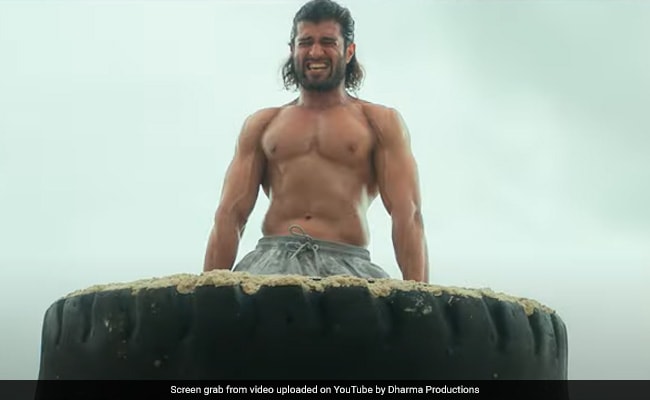 The trailer of the Liger, Dharma Productions' next venture, dropped today. Starring Vijay Deverakonda and Ananya Panday, the film has been on the watchlist of many Indians ever since it was announced. Directed by Puri Jagannadh, best known for helming projects like iSmart Shankar and Pokiri, Liger was delayed due to the pandemic but is now finally releasing on August 25. The trailer shows Vijay, a kickboxer who has a speech impairment and gets embroiled in multiple gangster fights. While Ananya Panday plays Vijay's love interest, Ramya Krishnan plays his mother in the film. The highlight of the clip, however, is boxing legend Mike Tyson, who seems to be starring in a negative role. Mike Tyson has previously starred in The Hangover film series.

Take a look at Liger trailer below:

The trailer journeys Vijay's story as a tea seller who ultimately represents India to win the MMA title. Earlier, Vijay along with Ananya, Karan Johar and Puri Jagannadh arrived in Hyderabad for the grand trailer launch event. Karan Johar shared the trailer and wrote: "All out action, dhamaaka and entertainment! India, are you ready for Liger." Ananya, too, posted the video on her social media accounts. She wrote: "India, We give you Mass. Action. Entertainment. We give you The Liger Trailer. ATTACK!" Stars ]Prabhas and Chiranjeevi launched the trailers on social media.

Vijay posted a scene from the trailer in which he fights goons. He wrote, "India, We give you. Mass. Action. Entertainment. The LIGER Trailer!"

The first song of Liger had release last month, titled Akdi Pakdi. The fast-paced track has Vijay and Ananya matching steps, giving the audience a glimpse of their love story.