"Life Came To A Full Circle For Me": Manushi Chhillar On Starring In Prithviraj

"I had a smile on my face thinking that I'm listening to a story," said Manushi 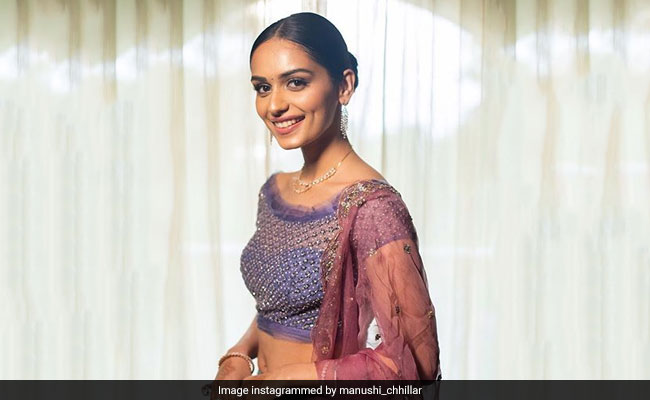 Manushi Chhillar, who will soon make her Bollywood debut with the period drama Prithviraj, co-starring Akshay Kumar, in a recent interview with news agency IANS, said that she was always intrigued by history and that her "life came to a full circle" when she was offered the film. "While growing up, I was really interested in history, the tales of grand kingdoms and larger than life historical heroes. I had always been fascinated with the story of Prithviraj and Sanyogita and life came to a full circle for me when I was offered this film," said the 22-year-old.

The former Miss World said that she considers herself to be extremely "blessed and fortunate" to have got this opportunity. Manushi recalled the time when she heard the film's narration for the first time and that it instantly brought a simile to her face. "When I was given the narration of the film, I had a smile on my face thinking that I'm listening to a story that I had been most interested about reading in school. Prithviraj and Sanyogita is a fascinating story and a beautiful chapter in the history of India and I'm blessed and fortunate to have got the opportunity to bring Princess Sanyogita's story to life," IANS quoted Manushi as saying.

Manushi, who has been roped in to play Prithiviraj's love interest Sanyogita in the film, earlier, shared glimpses from the film's set along with her co-star Akshay Kumar and wrote: "Feeling blessed."

Prithviraj, directed by Chandraprakash Dwivedi and produced by Yash Raj Films, is slated to release on Diwali this year. Manushi Chhillar was the first Indian after Priyanka Chopra to bring the coveted Miss World title back in 2017.