Koffee With Karan 6: Of Course, Alia Bhatt Will Be On Karan Johar's Show. With Ranbir Kapoor? She Says...

Speaking about her appearance on Koffee with Karan 6, Alia Bhatt said: "Of course I will come... Why I shouldn't come on the show?" 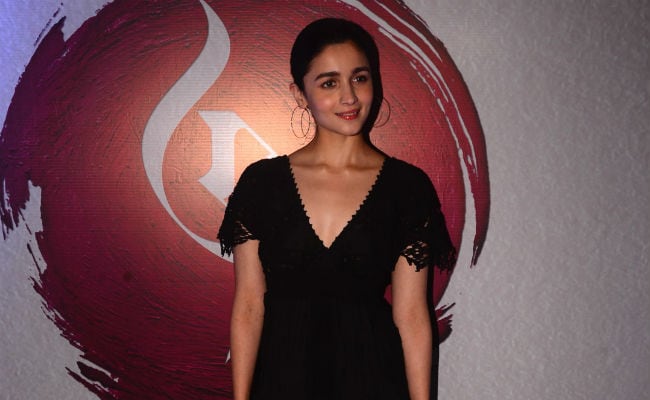 Alia bhatt photographed at an event in Mumbai.

The curiosity around Karan Johar's guest list for Koffee With Karan 6 is driving the Internet insane. Amidst several reports and rumours about Karan's invitees, actress Alia Bhatt told media persons that she will definitely come on the sixth season of the show, reports news agency IANS. At a recent event in Mumbai when Alia was asked about her appearance on the talk show, the Brahmastra actress said: "Of course I will come... Why I shouldn't come on the show?" However, Alia Bhatt was not as forthcoming about her partner for the show. Earlier, it was reported that Alia's rumoured boyfriend Ranbir Kapoor will share the Koffee couch with her but the actress said: "That I don't know. I am sorry that I can't disclose it."

Ranbir Kapoor and Alia Bhatt have trended on again and off again for their alleged relationship status after they first appeared together for Sonam Kapoor's wedding reception in May. On social media, Ranbir's name or at least his initials 'RK' keep cropping up in Alia's posts. In few pictures, Ranbir also joins Alia Bhatt in the frame.

It means no worries, for the rest of your dayssss...hakuna matata

Social media is one's go to place to figure out the equations between celebrities. For example, Alia Bhatt frequently comments on posts shared by Ranbir's mother Neetu Kapoor and sister Riddhima Kapoor Sahni. Neetu Kapoor and Riddhima too keep up with Ali Bhatt on Instagram.

As of now both Ranbir and Alia are filming Brahmastra produced by Karan Johar. After Brahmastra Ranbir will shift his focus to Yash Raj Films' Shamshera. Alia Bhatt is simultaneously filming Kalank (another Dharma project) and she has signed up for Karan Johar-directed Takht. She will be next seen in Gully Boy releasing in February next year.