Alia Bhatt: 'Brahmastra Is A Step Ahead, Will Take Cinema To Another Level' 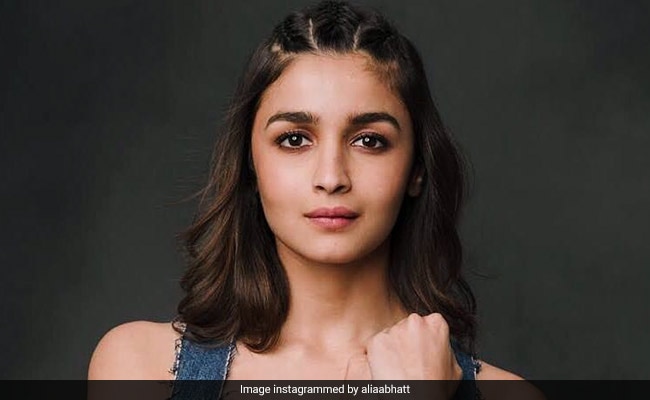 Alia Bhatt, who wrapped the Bulgaria schedule of Ayan Mukerji's Brahmastra recently, told news agency PTI that the film is going to take "cinema to another level". "We are very excited for the film. It is a step ahead. This will take cinema to another level. I am excited for next year," PTI quoted the 25-year-old actress as saying. The film also features Amitabh Bachchan, Ranbir Kapoor, Dimple Kapadia, Akkineni Nagarjuna and Mouni Roy. Brahmastra is a fantasy trilogy, which is being produced by Karan Johar. Details about the film have been kept strictly under wraps. We only know that Mouni has been cast as the antagonist in the film.

For the first time, Alia Bhatt is sharing screen space with rumoured boyfriend Ranbir Kapoor in Brahmastra. The 35-year-old actor may be a social media recluse but he often makes appearances on Alia's Instagram posts. Alia Bhatt is often seen documenting different facets of the film's shooting on her Instagram account. Remember the picture that she shared from the film's preparatory session in Bulgaria, a few months ago?

Meanwhile, Alia Bhatt will also start shooting for Sadak 2 which will be directed by her father Mahesh Bhatt. Alia, who is collaborating with Mahesh Bhatt for the first time, said that working with him is like a "dream come true". "It's beautiful, it's amazing. It's a dream come true. My father is directing me. One can't ask for anything better. It's going to be very special," Alia told PTI. The film will also feature Mahesh Bhatt's daughter Pooja Bhatt and Sanjay Dutt - the lead actors of the original film - and Aditya Roy Kapur. Alia is sharing screen space with sister Pooja for the first time.

Pooja Bhatt is the elder daughter of Mahesh Bhatt and his ex-wife Kiran Bhatt, born as Loraine Bright. Alia and Shaheen are his children with Soni Razdan.

Alia Bhatt, who was last seen in superhit film Raazi also has Karan Johar's Takht and Kalank in the line-up.