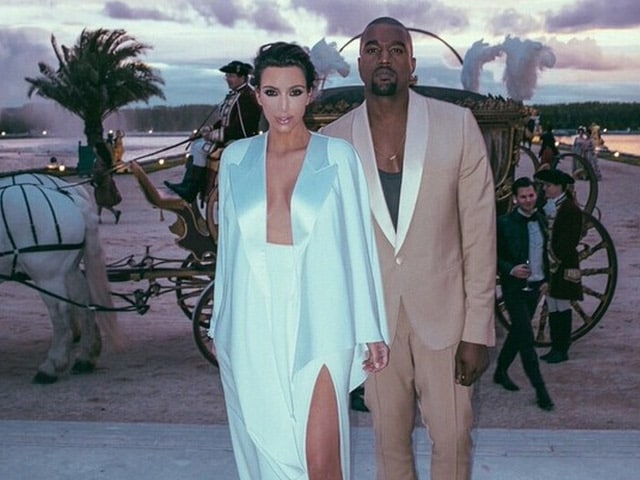 This image was posted on Instagram by Kim Kardashian West

The couple celebrated their anniversary on Sunday.

In one of the black-and-white images posted by Kim on Instagram, the 34-year-old is seen leaning on Kanye's shoulder while he looks away from the camera. "I love this man so much! Happy Anniversary baby," she wrote alongside the photograph.

I love this man so much! Happy Anniversary baby!

In another image, Kanye is seen planting a kiss on his wife's cheek. Kim simply captioned it: "Forever".

Promoted
Listen to the latest songs, only on JioSaavn.com
Kim and Kanye, who have 20-month-old daughter North West, have also struck a naughty pose in which the former sticks her tongue out and licked her husband's open mouth.

The couple married last year in Florence in front of their family and a few celebrity friends. For the ceremony, the reality star sported a Givenchy Haute Couture lace gown and a long silk veil while the rapper wore a tuxedo by the same fashion brand.