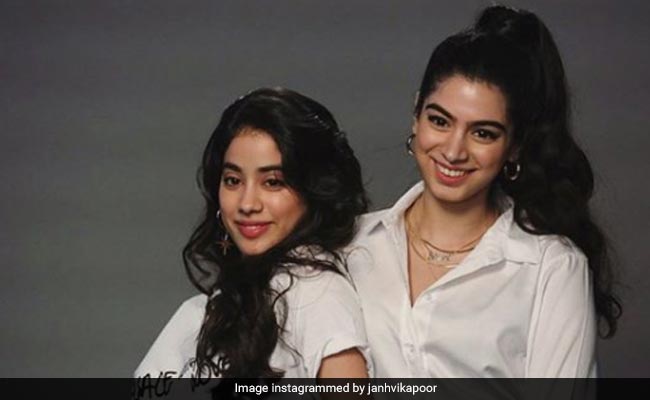 Janhvi Kapoor might be a pro at many things but seems like making desserts is not her area of expertise, going by her sister Khushi Kapoor's reaction. The Dhadak actress prepared banana with toffee sauce and asked her little sister Khushi to review it. Khushi took a spoonful of it and asked, "Can I ask you to give a plain banana?" Janhvi shared a video of Khushi tasting the dessert on her Instagram story and she captioned it: "Subtle rejection of my banana with toffee sauce." Khushi's expressions were enough to reflect her thoughts about the dessert. Reacting to her sister's expressions, Janhvi said, "Really?" The video is trending big time on social media and it has been curated by several fan clubs dedicated to the Kapoor sisters.

Last month, Khushi made a "special carrot cake" for Khushi and asked her to eat it. Khushi gave an adorably honest opinion about the cake and said, "I don't like it." ICYMI, this is the video we are talking about:

The sister duo also took the "Who Is More Likely Challenge" on TikTok. When they were asked, "Who is likely to get married first?" They pointed towards Khushi. This is the video:

Janhvi and Khushi are the daughters of late actress Sridevi and film producer Boney Kapoor. Janhvi Kapoor is an actor and she debuted in Bollywood with the 2018 film Dhadak, which performed fairly well at the box office. Khushi, who reportedly wanted to be a model, is also an aspiring actress. She flew off to New York in September, last year for higher studies.