KBC 9: Swati Gupta from Varanasi busted into tears after meeting Big B 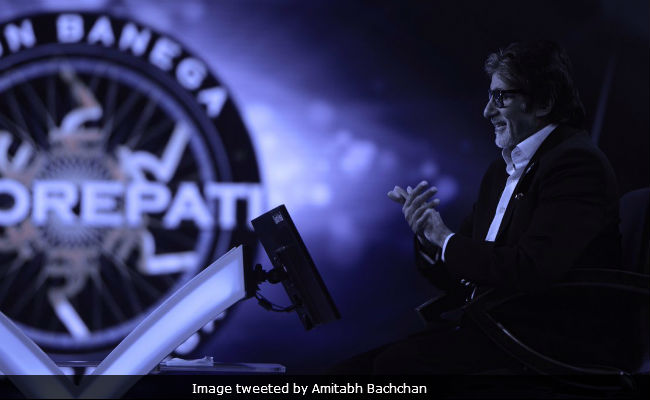 New Delhi: Amitabh Bachchan started the show by sharing the details about Chhath Puja and began the show on a positive note. Sapna Garg from Merut, who played in Wednesday's episode has won Rs 3,20,000 so far with the help of her four lifelines. By answering the next two questions right, Sapna won Rs 12,50,000. Sapna could not answer the 13th question, which was for 25,00,000 and decided to quit the show. She took home Rs 12,50,000.

The next contestant, who was lucky enough to be on the hot seat, was Swati Gupta from Varanasi, Uttar Pradesh. She busted into tears and got very emotional and shared that to be Kaun Banega Crorepati was her dream. She was accompanied by her mother and husband on the show. Swati also shared that her mother is her biggest inspiration and whatever she is today is only because of her mother.

Swati guessed the wrong answer which was worth Rs 80,000 and hence it left her disappointed. Swati took home Rs 10,000.

For those who wish to prepare for the next season of Kaun Banega Crorepati, here are some sample questions which may help you.

Which of these personalities was appointed the youngest ever UN Messenger of Peace in April 2017?

In Mythology, Kubera, the lord of wealth, shared what relationship with Ravana?

Which of these female athletes has been a national record holder in the marathon event?