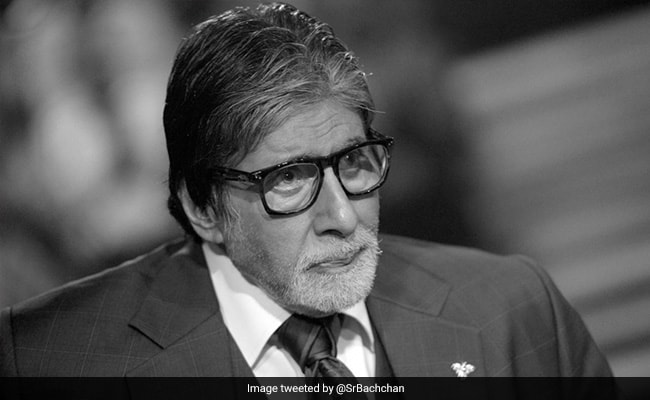 KBC 11: Amitabh Bachchan on the sets of the show. (Image courtesy: srbachchan)

Amitabh Bachchan continued the famous quiz show Kaun Banega Crorepati 11 with last episode's roll-over contestant Mansi Joshi. Ms Joshi is a MBBS student from Bangalore. Joining Big B and Mansi on the show were the Central Reserve Police Force (CRPF) personals, who were present in the audience. In between the game, Mansi revealed that she wants to become an abdominal surgeon as she enjoys dissecting the abdominal area. To this, Amitabh Bachchan joked that he is now quite afraid of her. However, he also praised her for studying medical and said she will contribute to the society through her services.

During the game, Amitabh Bachchan asked Mansi Joshi a question related to filmmakers Abbas-Mustan, for where the later took a lifeline as she was unable to pick a correct answer. The question was about Abbas-Mustan's films. Manvi exhausted all of her lifelines during the show and played till Rs 6,40,000 on tonight's episode.

Meanwhile, take a look at some of the questions asked on tonight's episode of Kaun Banega Crorepati, which varied from entertainment and science to mythology:

#The name of which of these diseases completes the name of Mycobacterium ___, the bacteria that causes it?

#In the Mahabharata, which army did Duryodhana choose at Dwarka to fight on his side?

#How do we better know the rapper Dilin Nair?

#"The Arabian Nights" stories are told by Shahrazad to which king?

The eleventh season of Kaun Banega Crorepati will end on November 29. The show airs on Sony TV from 9 pm from Monday-Friday.