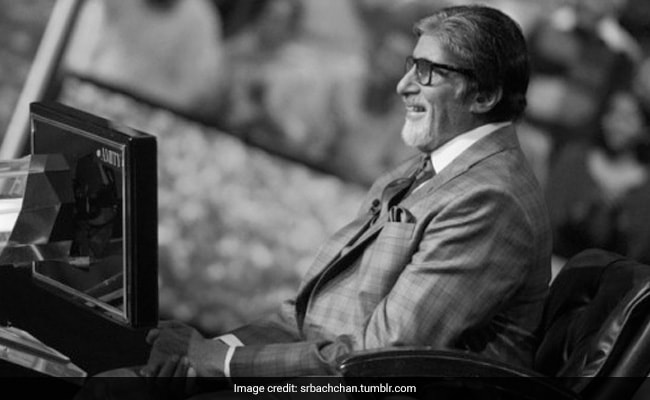 The show's host Amitabh Bachchan began tonight's episode of the quiz show Kaun Banega Crorepati 11 with a saying by Mahatma Gandhi, keeping up with the spirit of Gandhi Jayanti. Big B hosted Tuesday's roll-over contestant Abhishek Jha, from Punjab, who went home with a prize of Rs 25,00,000. After using all his lifelines, Abhishek decided to quit the game on the 14th question. Abhishek, who overcame the problem of stammering, recalled how he was bullied during his school days and spoke about how he decided to work on it.

Sangeeta Kumari, from Patna (Bihar) was the second contestant to play with Mr Bachchan in tonight's episode. She went home with a prize of Rs 12,50,000. Ms Kumari, a science teacher, talked about the importance of educating women during the show. She spoke about how she decide to pursue higher education and chase her dreams despite being opposed by the society. Sangeeta decided to flip the question and picked current and world affairs from a list of topics.

Renowned journalist Pankaj Pachauri, who was the expert for tonight's episode, helped the contestants who resorted to the Ask The Expert helpline.

Here's a list of the few questions asked by Mr Bachchan in tonight's episode:

Which of these authors, born in India had the actual middle name Arthur?

What was the name of the first solar powered airplane to complete a round-the-world journey in 2016?

Who is the actress, who played Leela's mother in Goliyon Ki Rasleela Ram-Leela?

Against which of these leaders did Sushma Swaraj contest the Lok Sabha Elections in 1999?

Kaun Banega Crorepati 11 airs on Sony Entertainment Television in weekdays. Watch this space for more updates on the show.