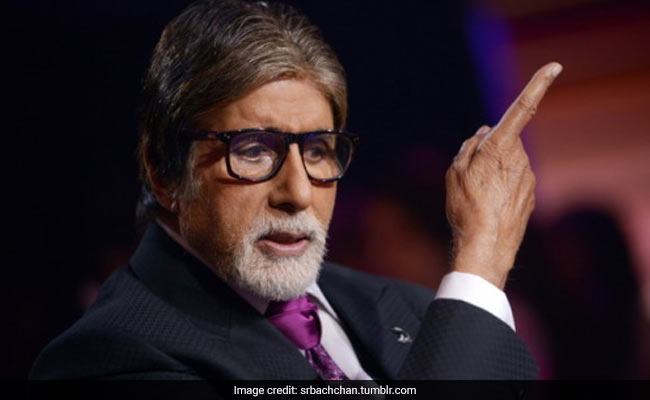 The Tuesday's episode of Amitabh Bachchan's Kaun Banega Crorepati 11 was an eventful one. Big B started the show by highlighting the good deeds done by Mahatma Gandhi. For those who don't know, Kaun Banega Crorepati will dedicate the whole week to the Father of the nation. Amitabh Bachchan then continued the quiz with Shivangi Dhingra, who played till Rs 80,000 on Monday's episode. Mrs. Dhingra exhausted her all lifelines till the 10th question. After answering 11th question wrong, Shivangi Dhingra went home with Rs 3,20,000. Taking the game ahead, Amitabh Bachchan asked the contestants another Fastest Fingers Question and Abhishek Jha from Punjab won the round.

Before starting the quiz, Abhishek Jha and his brother taught Big B the concept of dabbing. He also shared how he was bullied in school because he used to stammer that time and expressed his views that stammering is nothing but a mental illness and can be solved with confidence and socializing with people. Mr Jha's journey to the hot seat left Amitabh Bachchan impressed. Abhishek Jha will continue the game on Wednesday's episode.

The questions on Tuesday's episode varied from science to religion, culture and general knowledge. Take a look:

#Which bird with far-seeing vision told Hanuman's search party that Sita was held captive in Lanka?

#Besides Nathuram Godse, who else was hanged at Ambala Jail on 15th November 1949 for having assassinated Gandhiji?

#In the Indian legal system, "Anticipatory," "Interim" and "Regular" are types of?

#If Jamunapari and Beetal are breeds of goat, what are Karakul and Nilgiri types of?

The eleventh season of Kaun Banega Crorepati airs on Sony on weekdays at 9 pm. Follow this space for more updates.