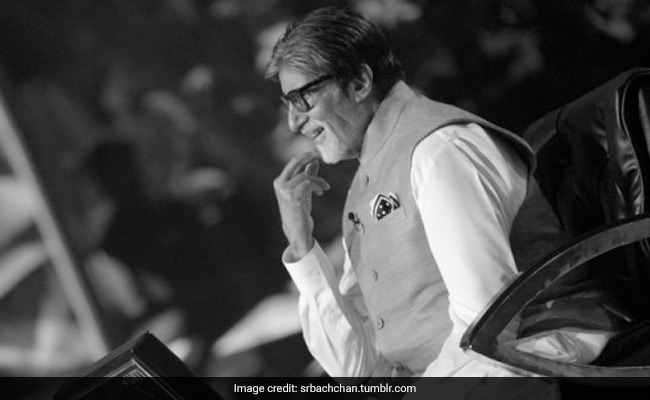 In tonight's episode of Kaun Banega Crorepati 11, Amitabh Bachchan hosted 3 contestants. The first contestant to make it to the hot seat was yesterday's roll-over contestant Hari Om Sharma, from Indore. Mr Sharma, a priest by profession, went home with a prize of Rs 10,000. During the episode, the show's host Big B asked him if he knows if his stars could determine how far he would make in the game, to which he shyly responded by saying that he kept a fast to ensure that the fortune works out in his favour. In yesterday's episode, he won Rs 40,000. However, after giving the incorrect answer to the eight question, he lost all the amount.

The second contestant that Big B hosted in tonight's episode was Ashwini Bhosle, a tuition teacher from Kalyan (Maharashtra). Ms Bhosle couldn't keep calm after she won the fastest finger first round and was extremely excited to be on the hot seat. She decided the quit the game and went home with a prize money of Rs 1,60,000.

Anil Joshi from Nagpur was the third contestant to make it to the hot seat. He used all his lifelines and he went home with a prize of Rs 6,40,000.

Some of the questions asked in tonight's episode were:

Which of these TV programs is hosted by Bear Grylls?

Goddess Saraswati is especially worshiped on which of these occasions?

Which of this piece, apart from the king, is involved in casting in the game of chess?

The name of which of these Upanishads or ancient philosophical books mean ''the great forest books?"

Which of these river passes through the most number of states in India?