Katrina Kaif and Salman Khan have co-starred in several projects 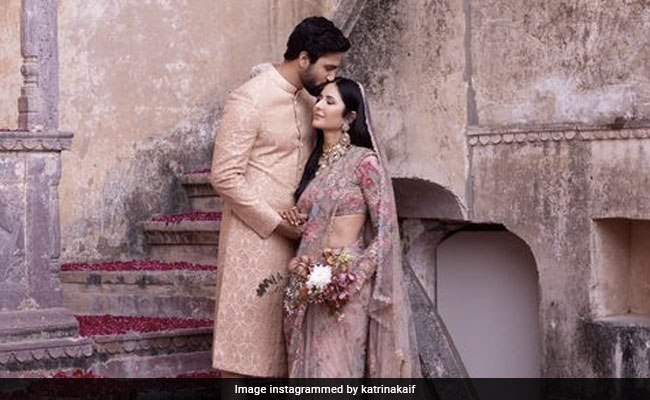 Much was made of Salman Khan's absence at Katrina Kaif and Vicky Kaushal's destination wedding. Salman and Katrina are long-time collaborators and the actress is perceived as being very close to his family, especially his sisters Arpita and Alvira. Turns out, the family weren't even invited to the wedding. Arpita Khan Sharma, who is also a close friend of Katrina Kaif, clarified several times that the family did not receive invites. "We have not been invited. So, how would we go?" Arpita told ETimes. In an interview with India Today, she said before the wedding, "We haven't got any invite for the wedding." Meanwhile, Salman Khan's personal bodyguard Shera's agency reportedly provided extra security at Vicky-Katrina's super-secret wedding. Salman himself was spotted flying out of Mumbai ahead of the wedding - he was headed to Riyadh to lead the Dabangg Reloaded concert.

Salman Khan introduced Katrina Kaif in Bollywood and they were said to be dating for a few years. The duo have co-starred in films such as Ek Tha Tiger, Tiger Zinda Hai, Maine Pyaar Kyun Kiya and Partner among others. Salman Khan even made guest appearances in several films which featured Katrina. The duo were last seen together in the 2019 film Bharat. They will next co-star in Tiger 3.