Katrina Kaif and Salman Khan recently shot for a film together 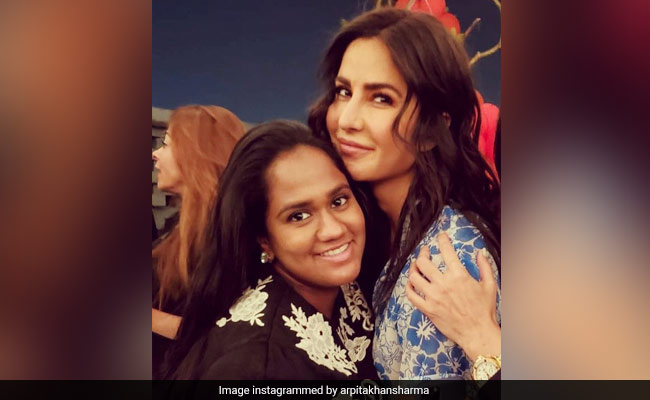 Arpita and Katrina in a throwback. (courtesy: arpitakhansharma)

Seems like Salman Khan and family might not attend Katrina Kaif and Vicky Kaushal's wedding on Thursday. Salman Khan's sister Arpita Khan Sharma, once again clarified that the family has not received invites. When asked about her presence at the wedding, Arpita told ETimes, "We have not been invited. So, how would we go?" Arpita had already established that her family has not been invited to the wedding. Last month too, Arpita Khan Sharma, who is also a close friend of Katrina Kaif, in an interview with India Today, said, "We haven't got any invite for the wedding."

Salman Khan introduced Katrina Kaif in Bollywood and they were said to be dating for a few years. The duo have co-starred in films such as Ek Tha Tiger, Tiger Zinda Hai, Maine Pyaar Kyun Kiya and Partner among others. Salman Khan even made guest appearances in several films which featured Katrina. The duo were last seen together in the 2019 film Bharat. they will next co-star in Kabir Khan's Tiger 3.

Katrina and Vicky reportedly started dating in 2019. Earlier this year, during Zoom's chat show By Invite Only, actor Harsh Varrdhan Kapoor confirmed that the actors are dating and said, "Vicky and Katrina are together, that's true. Am I going to get in trouble for saying this? I don't know. I think they're quite open about it."

Katrina Kaif and Vicky Kaushal are getting married at a royal palace named Six Senses Fort in Sawai Madhopur. They flew to Rajasthan along with their family members on Monday. Meanwhile, guests at the wedding festivities include Neha Dhupia and Angad Bedi, Kabir Khan and Mini Mathur, and actresses Sharvari Wagh, Radhika Madan and Malavika Mohanan.