Katrina Kaif Posts Her First Pic Of 2020. The Caption Takes The Cake

"Write it on your heart that every day is the best day of the year," wrote Katrina Kaif 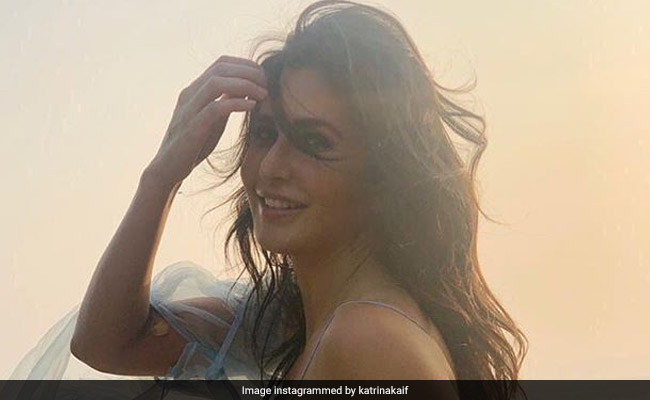 Katrina Kaif shared her first post of the year 2020 and we can't seem to get enough of it. The actress treated her fans with a photo of herself, which is going crazy viral on social media, courtesy Katrina's million dollar smile. In the photograph, Katrina looks gorgeous in an embroidered pastel blue lehenga, which she paired with a net dupatta. However, it is very hard to decide if we love her picture more or her caption. The reason we are saying this because along with Katrina's stunning picture, her caption also stole the spotlight on the Internet. Instagramming the photo, Katrina wrote: "Write it on your heart that every day is the best day of the year."

Check out Katrina's first picture of 2020:

Before this, Katrina Kaif wished her fans on Christmas last year with a blockbuster photo. In case you are wondering why we are calling it a blockbuster picture, the post featured the actress with super cop Akshay Kumar and Rohit Shetty. Sharing the photo, Katrina wrote: "Merry Christmas to everyone, from the team of Sooryavanshi." Katrina and Akshay will co-star in Rohti Shetty's Sooryavanshi.

Merry Christmas to everyone from the team of sooryavanshi @akshaykumar @itsrohitshetty

On the work front, Katrina Kaif was last seen in Salman Khan's Bharat. The actress, who has previously worked with Salman Khan in a number of films such as Maine Pyaar Kyun Kiya and Tiger Zinda Hai to name a few, played his love interest in the film. She will next be seen in Sooryavanshi, which is slated to release on March 27.