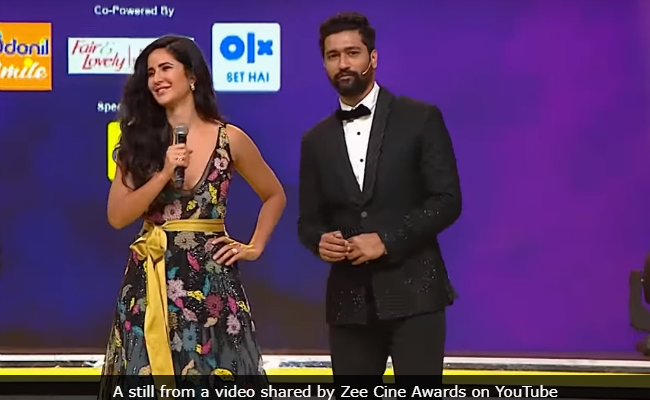 Bollywood actors Katrina Kaif and Vicky Kaushal occupied the top spot on Tuesday's list of trends. The reason? A recent Mumbai Mirror report stated that the duo will be spending their New Year's Eve together. The report stated, "Katrina Kaif and Vicky Kaushal have been finding themselves invited to the same events and award shows all through the year. The two are quite serious about each other and are ready to be a little more open about their romance. More public appearances together are expected. But first, they have plans for a New Year's Eve getaway." Rumours about Vicky and Katrina's alleged romance began after they made an appearance together at a Diwali party. As of now, neither Katrina Kaif nor Vicky Kaushal has addressed the rumours.

Vicky Kaushal and Katrina Kaif were spotted at a dinner date earlier this year in Mumbai. Pics from the date went insanely viral on social media. ICYMI, this is what we are talking about:

Last year, Katrina Kaif made an appearance on Karan Johar's talk show Koffee With Karan 6, wherein she said that she would "look good with Vicky Kaushal on screen." Vicky Kaushal appeared to faint when he was told about Katrina's statement during the show.

Katrina Kaif was last seen in Ali Abbas Zafar's Bharat, co-starring Salman Khan and Disha Patani. She will next be seen in Rohit Shetty's Sooryavanshi, alongside Akshay Kumar. The actress recently launched her beauty line KayByKatrina.

On the work front, Vicky Kaushal was last seen in Aditya Dhar's Uri: The Surgical Strike, for which he won the National Film Award for Best Actor. The actor will next be seen in Karan Johar's period drama Takht, the horror film Bhoot Part One: The Haunted Ship and Field Marshal Sam Manekshaw's biopic.