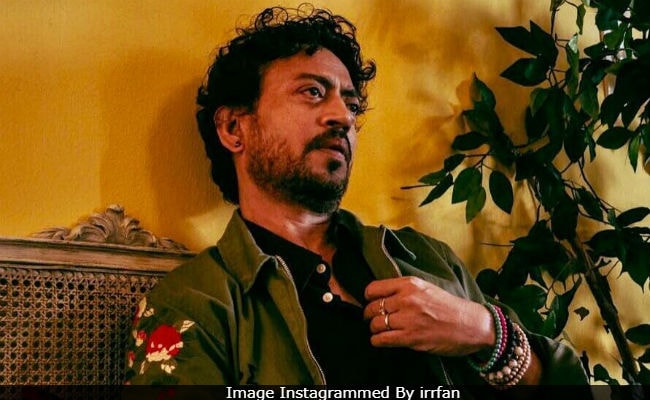 Actor Irrfan Khan, undergoing treatment for neuroendocrine tumour in London, watched his forthcoming film Karwaan in the British capital, Mumbai Mirror reports. A special screening was organised for Irrfan at Henry Wood House, a business centre in London, by team Karwaan. The screening was also attended by his wife Sutapa Sikdar. "He seemed happy to see me. His wife (Sutapa Sikdar) and some close friends were also present at the screening. After the film, we spoke about it. He had some minor suggestions for the team but overall, his family and he seemed pretty pleased," dialogue writer Hussain Dalal told Mumbai Mirror.

Karwaan, also starring Malayam actor Dulquer Salmaan and Mithila Palkar, traces the story of three different people, who meet at a particular point in life and go on a road trip together. Irrfan Khan plays Shaukat in the film.

"He spoke to me at length after the screening in London and I was happy and relieved with his response and that of his family. Hussain Dalal who was also present for the screening told me about everyone's reactions which were, thank God, rather favourable," director Akarsh Khurana told Mumbai Mirror.

Irrfan Khan, who has promoted the film through social media with some tweets, won't be promoting Karwaan with the team. "At this point we don't want to burden him with all this. His approval and blessings are with us, and that's all that we need. He sounded good when we spoke and we're all hoping that he bounces back from this challenging phase soon," Akarsh Khurana added.

Irrfan Khan opened about battling neuroendocrine tumour some months ago. Blackmail was his first film of the year. Just last month, he received won the IIFA for Best Actor for his role in Hindi Medium. His trophy was accepted by team Hindi Medium. "Thank you to IIFA and our audience who have been part for my journey," Irrfan had tweeted.