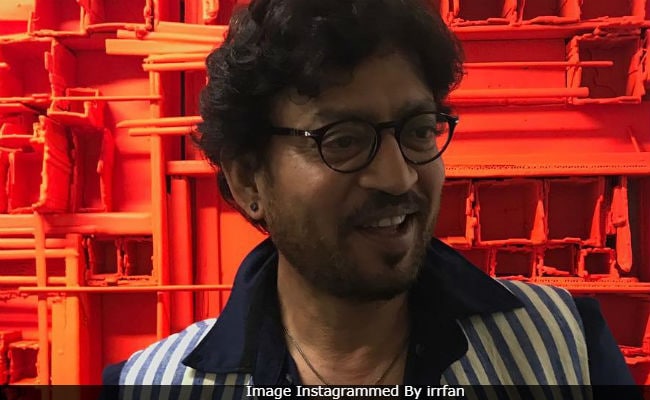 "Thank you to IIFA and our audience who have been part for my journey," tweeted actor Irrfan Khan on Tuesday. Irrfan, who is battling neuroendocrine tumour, won the IIFA for Best Actor for his role in Hindi Medium. The 51-year-old actor is in London for treatment and his trophy was handed over to team Hindi Medium on his behalf. The International Indian Film Academy (IIFA) Awards took place on Sunday evening in Bangkok. Hindi Medium was a satire on the current education system. Meanwhile, megastar Sridevi, who died this February, won the Best Actress Award (posthumously) for MOM. Her husband Boney Kapoor accepted her award.

Last week, in an interview to Bombay Times, Irrfan opened up about battling the tumour and stated about the 'terrifying hospital visits.' "It's been quite some time now since I have been diagnosed with a high-grade neuroendocrine cancer. This new name in my vocabulary, I got to know, was rare, and due to fewer study cases, and less information comparatively, the unpredictability of the treatment was more. I was part of a trial-and-error game," he told Bombay Times.

Promoted
Listen to the latest songs, only on JioSaavn.com
Shah Rukh Khan has apparently handed over the keys to his London apartment to Irrfan and wife Sutapa. "SRK wanted Irrfan and family to feel at home while in London and help out a friend in need," stated a SpotboyE report.