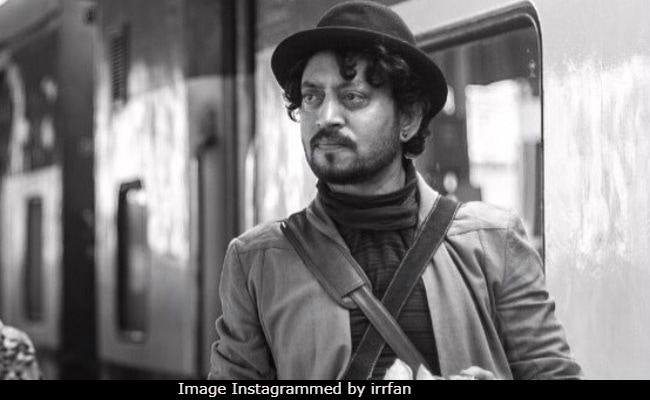 New Delhi: Shah Rukh Khan and Irrfan Khan found the top spot on Saturday's trends list after it was reported by SpotboyE that the superstar had made an offer to Irrfan before he left for his treatment in London, and he accepted. According to the SpotboyE report, Shah Rukh dropped by Irrfan Khan's Mumbai residence just a few days before he left for London and spent some quality time with the Piku actor. Shah Rukh reportedly arrived to meet Irrfan after the Haider actor's wife Sutapa informed him over a phone call that Irrfan wishes to meet him before he takes off for London. Shah Rukh was apparently in the vicinity and rushed to meet Irrfan, with whom he reportedly spent two hours chatting.

Irrfan Khan revealed he was diagnosed with neuro-endocrine tumour on Twitter in March after which, he was taken to London, where he is currently believed to be undergoing treatment.

Amidst reports that is reportedly recovering and may return home soon, Irrfan resurfaced on Twitter to share an interview with Bombay Times, in which he spoke about his "terrifying" experiences after his tumour diagnosis. "In this chaos, shocked, afraid and in panic, while on one of the terrifying hospital visits, I blabber to my son, 'The only thing I expect from ME is not to face this crisis in this present state. I desperately need my feet. Fear and panic should not overrule me and make me miserable'," the actor said in the interview.

Promoted
Listen to the latest songs, only on JioSaavn.com
Last month, the Internet spotted Irrfan Khan, at the Lord's, watching a cricket match.

The most awaited picture of 2018! A healthy #irrfankhan clicked with family at lords enjoying a cricket match! Good news for all his fans. #lords #london #bollywood #ranveersingh #deepikapadukone #shoojitsircar

Irrfan Khan, who is best known for films like The Lunchbox, The Namesake, Maqbool, Life Of Pi, Slumdog Millionaire, Piku, Haider and Jurassic World, is currently awaiting the release of Karwaan. His film with Deepika Padukone has been postponed and will begin filming after his return.