Irrfan Khan had tweeted that he was battling neuroendocrine tumour 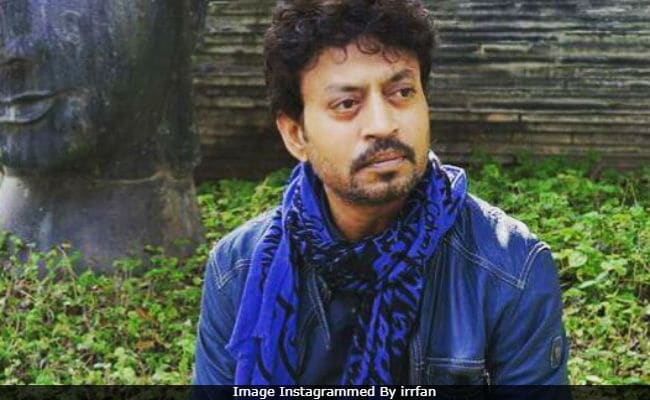 New Delhi: Actor Irrfan Khan, battling neuroendocrine tumour, has briefly returned to Twitter, where he shared an interview he gave to Bombay Times. A couple of months ago, the 51-year-old actor had opened up about battling neuroendocrine tumour and he travelled to London after that. "A note from London," reads the caption on Irrfan's article for Bombay Times and begins as, "It's been quite some time now since I have been diagnosed with a high-grade neuroendocrine cancer. This new name in my vocabulary, I got to know, was rare, and due to fewer study cases, and less information comparatively, the unpredictability of the treatment was more. I was part of a trial-and-error game."

In March, he had shared an update about his health. "Learning that I have been diagnosed with neuroendocrine tumour as of now has admittedly been difficult... I hope to be back with more stories to tell," read an excerpt from his post.

"That was my INTENTION. AND THEN PAIN HIT. As if all this while, you were just getting to know pain, and now you know his nature and his intensity. Nothing was working; NO consolation, no motivation. The entire cosmos becomes one at that moment - just PAIN, and pain felt more enormous than GOD," he told Bombay Times.

"As I was entering the hospital, drained, exhausted, listless, I hardly realised my hospital was on the opposite side of Lord's, the stadium. The Mecca of my childhood dream. Amidst the pain, I saw a poster of a smiling Vivian Richards. Nothing happened, as if that world didn't ever belong to me," he added.

Promoted
Listen to the latest songs, only on JioSaavn.com
Last month, the Internet had spotted a picture of man, bearing an uncanny resemblance to Irrfan Khan, at the Lord's, watching a cricket match.

Last seen in Blackmail, Irrfan Khan is currently awaiting the release of Karwaan. His film with Deepika Padukone has been stalled as of now.