Kartik Aaryan Writes In Cryptic Post: "We Belong Here And We Deserve To Dream"

Kartik Aaryan will be next seen in Shehzada 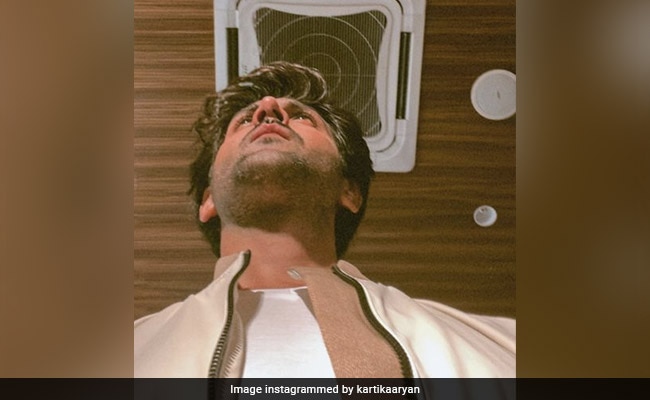 Kartik Aaryan shared a cryptic post on his Instagram handle. He shared a dashing picture of himself and in the captions, he wrote the lyrics of the song We Deserve To Dream by Zavier Rudd. "We belong here and We deserve to Dream," read his caption. Soon after he shared the post, his fans flooded the comment section. A user commented, "caption true," while another wrote, "Absolutely true". Another fan commented, "I hope all your dreams come true". Check out the post below:

Kartik Aaryan is basking in the success of his recently released movie Bhool Bhulaiyaa 2, co-starring Kiara Advani. The movie was well received by the audience and critics. So far, the film holds the record of the highest opening weekend this year, as per film analyst Taran Adarsh. "#BhoolBhulaiyaa2 holds the record of highest *Day 1* [Rs 14.11 cr] + highest *opening weekend* [Rs 55.96 cr] in 2022... Let's await Rs 20 cr+ openers, to begin with," his tweet read.

Meanwhile, Kartik Aaryan reportedly rejected a paan masala advertisement deal worth Rs 9 crore, as per a Bollywood Hungama report. The portal checked the news with a prominent ad guru, who said, "That's right. That boy Kartik Aaryan has said no to around Rs 8-9 crore offer to endorse paan masala Kartik seems to have principles, a rare commodity in today's actors who suffer from the gift of the grab. Saying no to such big money is not easy. But Kartik is conscious of his responsibility as a youth icon," Bollywood Hungama quoted the ad guru saying.

On the work front, Kartik Aaryan is busy shooting for Rohit Dhawan's Shehzada. The film is a remake of the 2020 Telugu film Ala Vaikunthapurramuloo. The Hindi version co-stars Kriti Sanon. Also, he has Freddy with Alaya F and Satyaprem Ki Katha with Kiara Advani.