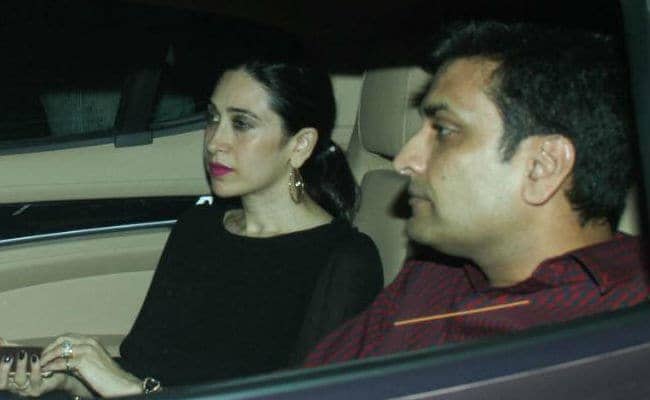 File photo of Karisma Kapoor and Sandeep Toshniwal in Mumbai

Actress Karisma Kapoor and her rumoured boyfriend Sandeep Toshniwal found a spot on Wednesday's trends list, after several reports stated that they have broken-up. As per Mumbai Mirror, they parted ways some months ago and haven't been spotted together since May this year. Karisma, who was previously married to businessman Sunjay Kapoor, is apparently focusing on her work and their children - Samiera and Kiaan. The Mumbai Mirror report also states that Karisma isn't interested in re-marrying and she and Sandeep Toshniwal broke-up amicably. He was a regular face at the Kapoor parties and last year, it was reported that they might get engaged. They apparently dated for three years.

Later, Karisma's father Randhir Kapoor dismissed reports about their engagement and in an interview to DNA, he said, "There's no truth to this." Mr Kapoor also added that while he would want Karisma to marry again, but she has other plans. "I would want to get Karisma married again, but she isn't interested. We have spoken about it and she has clearly told me she doesn't want to start a family again. She wants to raise her kids well and that's her only plan right now," DNA quoted Randhir Kapoor as saying.

When asked about Sandeep Toshniwal, Randhir Kapoor told DNA that all he knows "he's her friend and they do go out together, which is fine."

Sandeep Toshniwal and his ex-wife Ashrita were reportedly granted a divorce last year. They have two daughters together. Ashrita has the custody of them.

Karisma Kapoor was married to Sunjay Kapur from 2003 - 2016. After their divorce, Samiera and Kiaan are living with Karisma. Sunjay Kapur is now married to Priya Sachdev.