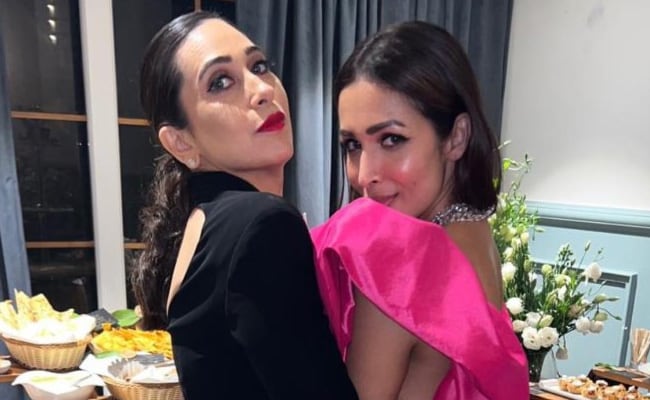 Alia Bhatt and Ranbir Kapoor's post-wedding party on Saturday had the who's who of Bollywood in attendance. Needless to say, the stars brought their most glamorous looks to the event. Two of them in particular – Karisma Kapoor and Malaika Arora – looked stunning (as always) in their gorgeous ensembles. So it came as no surprise that Malaika's sister, actress Amrita Arora posted a picture of the duo on social media, fangirling over them. Sharing a photo of Karisma Kapoor and Malaika Arora posing with each other, Amrita Arora wrote, “My beauties. I mean. How how how,” tagging the two and adding a bunch of fire emojis. 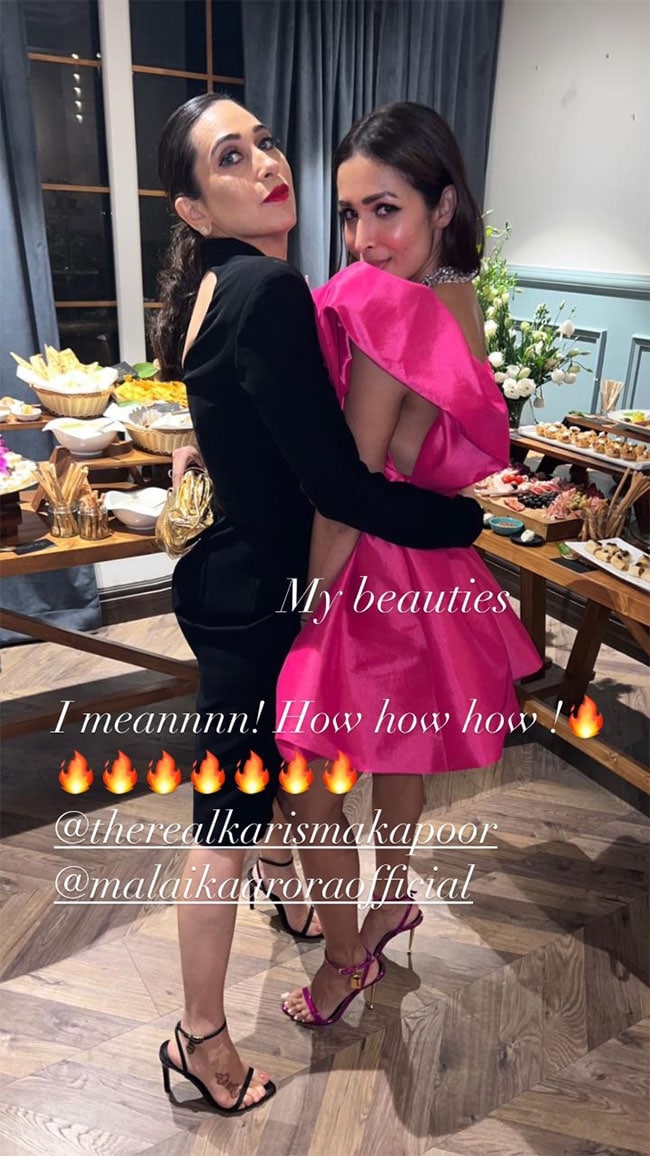 Meanwhile, Karisma Kapoor has been uploading snippets from the wedding and post-wedding party on Instagram. Following the bash on Saturday, Karisma Kapoor dropped a photo with the newlyweds, Alia Bhatt and Ranbir Kapoor. In the caption, she wrote, “Big Love for Mr and Mrs Ranbir Kapoor,” along with the hashtags “about last night” and “mere bhai ki shaadi hai”.