Kareena Kapoor's Mango-Licious Post Will Give You Serious Kairi Cravings. Pic Inside

"Will be licking that entire plate clean," wrote Kareena in the caption 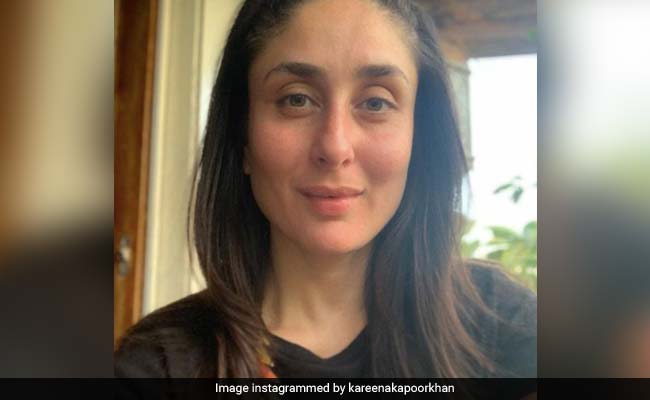 Summer season is here, which means it is time to savour raw mangoes and Kareena Kapoor has already started relishing kacchi kairis. The actress, on Monday, shared a picture of mouth-watering raw mango slices with lots of chili powder and salt sprinkled on it. Sharing the post, Kareena revealed her plan to "lick the entire plate clean" and showed us that she is a hardcore foodie. Here's what she wrote while sharing the picture of raw mangoes on her Instagram story: "Will be licking that entire plate clean." We are sure that the actress' post will give you serious raw mangoes cravings. 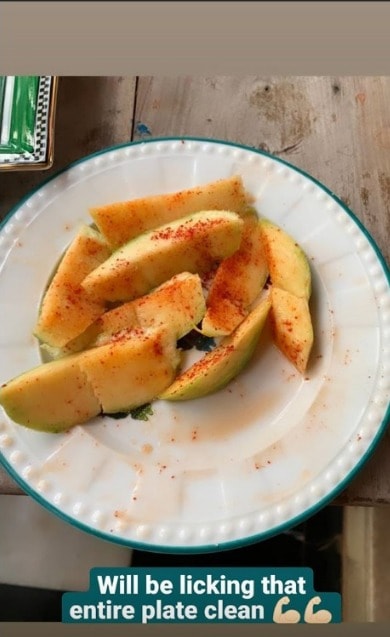 Kareena Kapoor's latest post reminded us of the time when she shared pictures of herself relishing gajar ka halwa.She used different photos to convey her love for the dessert. Check it out here: 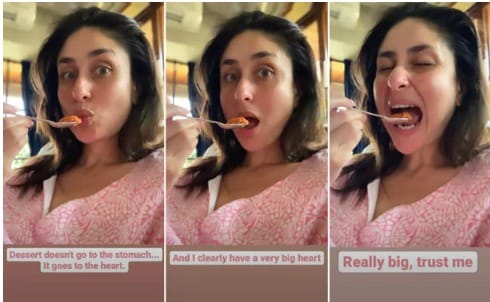 Meanwhile, the actress is also sharing pictures of husband Saif Ali Khan and their son Taimur trying their hands on painting. In case you haven't seen those pictures yet, take a look now:

If there is a wall that's blocking your creativity... Try painting on it #QuaranTimDiaries #InhousePicasso

When Saif told me he got me flowers, I had a different idea in mind. Quarantine gifts be like...

My Easter bunnies for life Happy Easter everyone... #StayHome #StaySafe

On the work front, Kareena Kapoor was last seen in Angrezi Medium, in which she played the role of a cop. She co-starred with Irrfan Khan and Radhika Madan in the film. The actress will next be seen in Laal Singh Chaddha opposite Aamir Khan and in Takht, in which she will share the screen space with Alia Bhatt, Ranveer Singh, Anil Kapoor, Vicky Kaushal and Bhumi Pednekar.