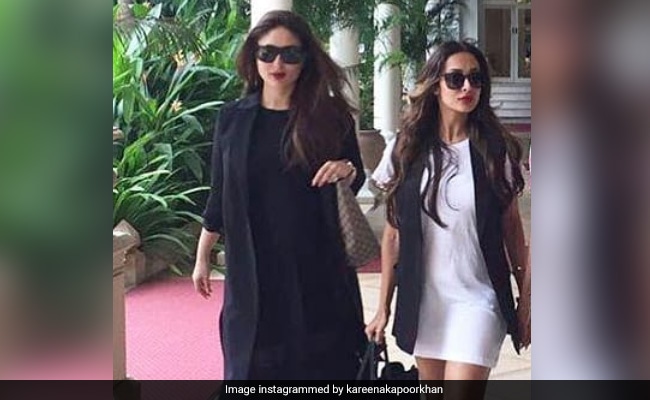 Not just Kareena Kapoor, even her BFFs are big-time foodies. Recently, Malaika Arora shared a photo of the mouth-watering meal that was sent to her by Kareena Kapoor. Sharing the photo, Malaika Arora wrote, "Love you my Kareena and love my welcome home khana... can't stop eating, won't stop eating... #biryani#raita#halwa.. Food heaven," followed by red heart emojis. Kareena Kapoor reposted the photo and wrote, "BFFs who love biryani @malaikarroaofficial." This wasn't a random welcome home present - will get to that in a bit. First, here's a picture of Malaika Arora's delicious homecoming meal. 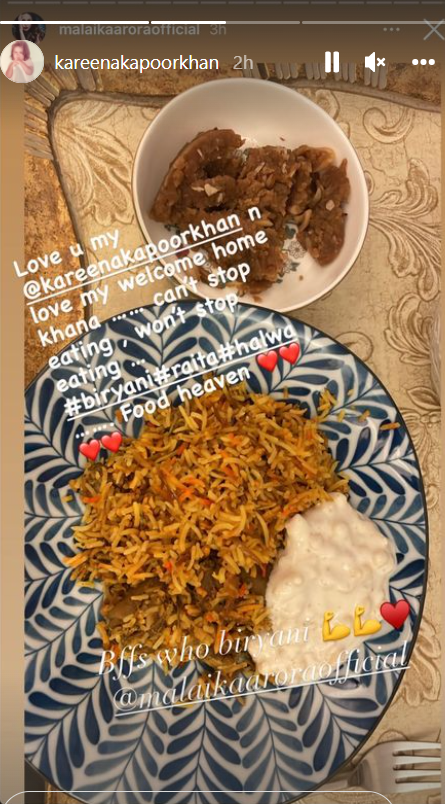 For the unversed, Malaika Arora was in New York for her projects and returned to India on March 30

While Malaika was away, Kareena Kapoor feasted on biryani and halwa and shared photos on Instagram. "Monday blues biryani... Already planning tomorrow's dessert #Reels #ReelItFeelIt #Biryani," Kareena wrote. Aside to Kareena - biryani is allowed on Monday and every day.

Kareena's biryani meal triggered her sister and best friend Malaika Arora. "Bebo when am back I want. I DEMAND," Malaika commented. Replying to Malaika, Kareena had written, "Malaika Gopuuuu is waiting for you girlllll." (Who is Gopu? Clearly the maker of the biryani.) She made good on her promise. Also, Kareena Kapoor's sister Karisma commented: "I have missed this Biryani." It's plainly a specialty item in the Kareena Kapoor-Saif Ali Khan household. 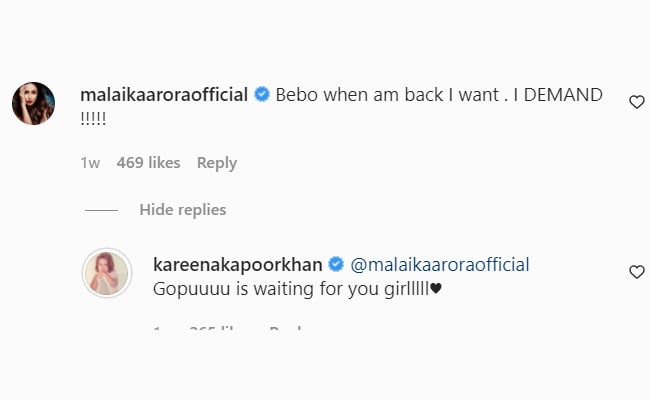 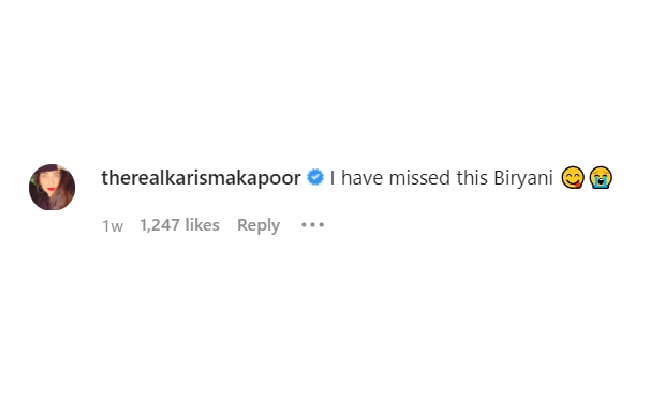 "As promised," Kareena Kapoor had halwa as a sweet treat after her biryani.

After her cheat meals, Kareena Kapoor had done a yoga session to burn those extra calories. She had shared a video, which was captioned as "When your yoga instructor follows you on Instagram, you know it's time to say bye to the biryani and halwa #UntilWeMeetAgain #Reels #ReelItFeelIt #Friday #Yoga @anshukayoga."

Meanwhile, not only does Kareena send food to her friends, her friends send her some as well. She shared a photo of the snack that she received from designer Masaba Gupta. Sharing a photo of a mathri, Kareena wrote, "My mathri stash has arrived from my dearest Masaba." 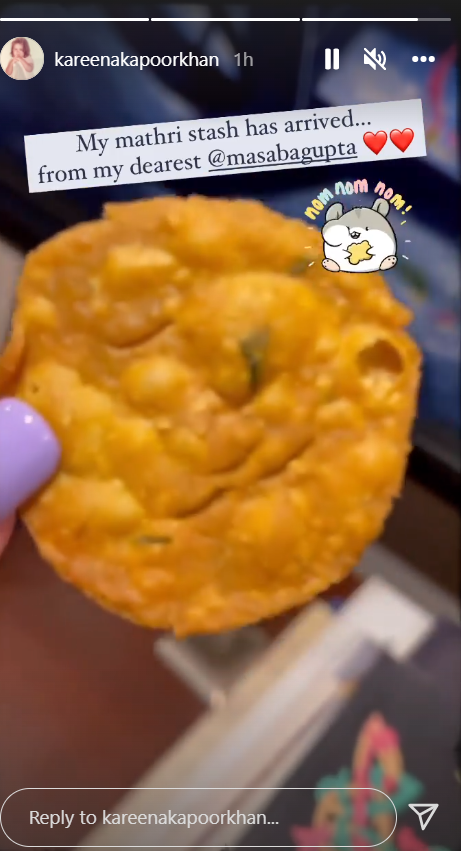 On the work front, Kareena Kapoor will next be seen in Aamir Khan's Laal Singh Chaddha, which is being directed by Advait Chandan. She will also be making her OTT debut.