"I am also as proud to be known as Saif Ali Khan's wife, as I am to be Kareena Kapoor. So that is just the way I am," said Kareena Kapoor 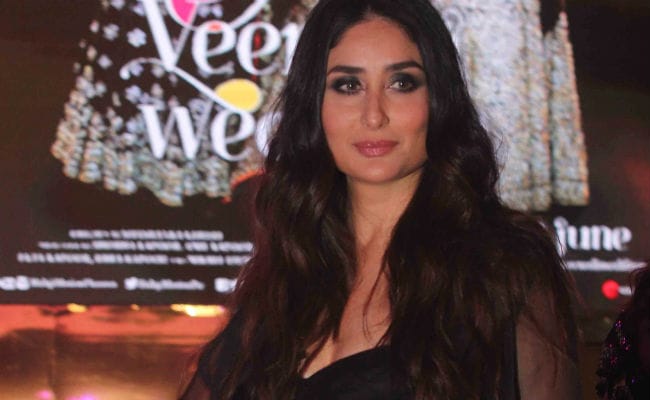 New Delhi: Kareena Kapoor, who effortlessly juggles mommy duties and her commitments as a Bollywood star, was recently asked about feminism, when she said: "I believe in equality. I wouldn't say I am a feminist, I would say I am a woman and above all, I am a human being," reported news agency IANS. To explain her point, Kareena made a reference to her actor husband Saif Ali Khan and said: "I am also as proud to be known as Saif Ali Khan's wife, as I am to be Kareena Kapoor. So that is just the way I am." Kareena Kapoor was speaking at the music launch event of her upcoming film Veere Di Wedding.

Kareena Kapoor and Saif Ali Khan married in 2012 and dating for a few years and the couple welcomed baby boy Taimur in 2016. Kareena was never on a break as such - neither during her pregnancy or after Taimur was born. She had walked the ramp for Sabyasachi during her second trimester and was regularly spotted at the gym after Taimur's birth. She soon joined the sets of Veere Di Wedding, her upcoming film with an ensemble cast comprising Sonam Kapoor, Swara Bhasker and Shikha Talsania.

Talking about her movie, this is what she had to say: "I think what made me take up this part is that for me, as a commercial mainstream actor who is always used to work with mainstream actors, be it Shah Rukh Khan or Salman Khan. For me, it was very different to be part of a film with four girls."

"I think I have chosen A-Lister heroines this time," she added.

Promoted
Listen to the latest songs, only on JioSaavn.com
Directed by Shashanka Ghosh and co-produced by Ekta and Rhea Kapoor,Veere Di Wedding releases on June 1.