Veere Di Wedding: Why Kareena Kapoor's Pregnancy Was Written In, Then Out 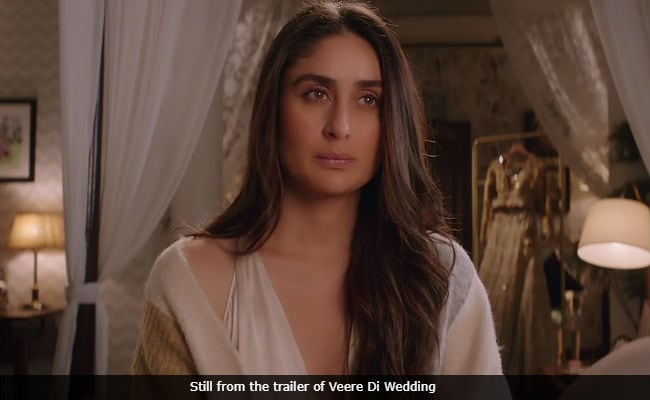 New Delhi: For Kareena Kapoor, Veere Di Wedding producer Rhea Kapoor did something which is unheard of - she revised the script to incorporate Kareena's pregnancy onscreen. Kareena told mid-day that Rhea wanted her in the film and for that she and director Shashanka Ghosh "planned to show Kareena's character six months pregnant" but the team scrapped the idea because there's no "maternity insurance" for actresses in India. She told mid-day: "There was no safeguard against suffering a mishap. So we scrapped the idea of shooting during pregnancy. India has a long way to go in accounting for every facet of a woman's life and challenges on the professional front." Kareena Kapoor is married to actor Saif Ali Khan and they are parents to one-year-old Taimur.

In Veere Di Wedding, Kareena plays the titular 'veere' whose wedding forms the film's backdrop to explore the themes of friendship and the strength of individuality. "Rhea wanted me onboard, even if it meant delaying the film by another year. No one ever put any pressure on me. I knew I would take time to resume because I had to be with Taimur. I returned to the set in Delhi over six months after delivery," Kareena told mid-day.


Promoted
Listen to the latest songs, only on JioSaavn.com
Kareena also added that team Veere Di Wedding lead by example on how to accommodate a new mother in a team. "This team supported a new mother so well. If I had a night shoot, they didn't call me for the next 12 hours so that I could be with my son. And in case of a morning schedule, they'd let me off early," she said.

Veere Di Wedding also stars Sonam Kapoor, Swara Bhasker and Shikha Talsania and it will hit the screens on June 1.