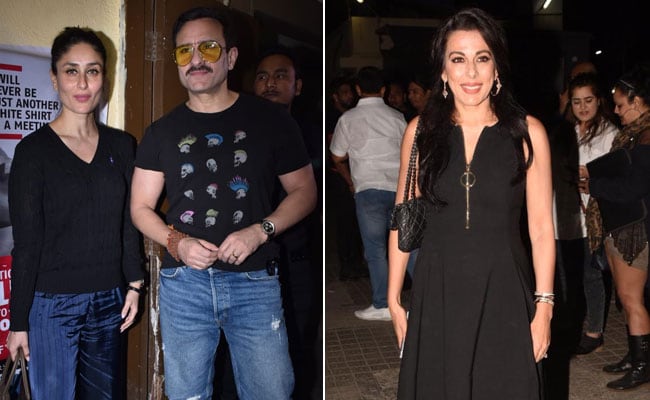 Ahead of the film's release, the makers ofJawaani Jaaneman hosted a special screening of the film on Wednesday night. The film's lead actors Saif Ali Khan and Alaia Furniturewalla were well-represented by their respective families at the film's screening. Saif's plus one for the night was (no points for guessing) his wife and actress Kareena Kapoor. The couple was seen twinning in black outfits. Alaia's family wouldn't have missed her big day for the world. Alaia's mother Pooja Bedi, and her grandfather Kabir Bedi were photographed outside the theatre on Wednesday night. Tabu and Kubbra Sait, who also feature in the film, were missing from the screening.

Kareena Kapoor and Saif Ali Khan, twinning in black outfits, happily posed for the shutterbugs at the film's screening. 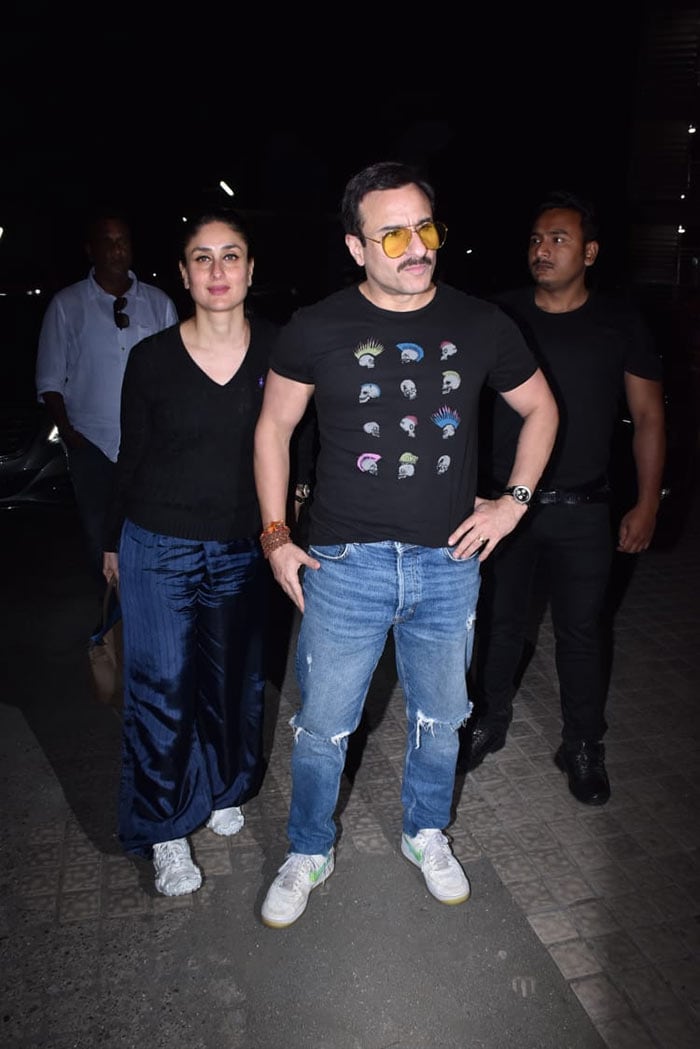 Kareena Kapoor and Saif at the screening.

Alaia, who makes her Bollywood debut with the film, was seen dressed in a fairly casual manner. She topped a pair of white shorts with a quirky t-shirt. Alaia plays Tabu and Saif's teenaged daughter in the film. 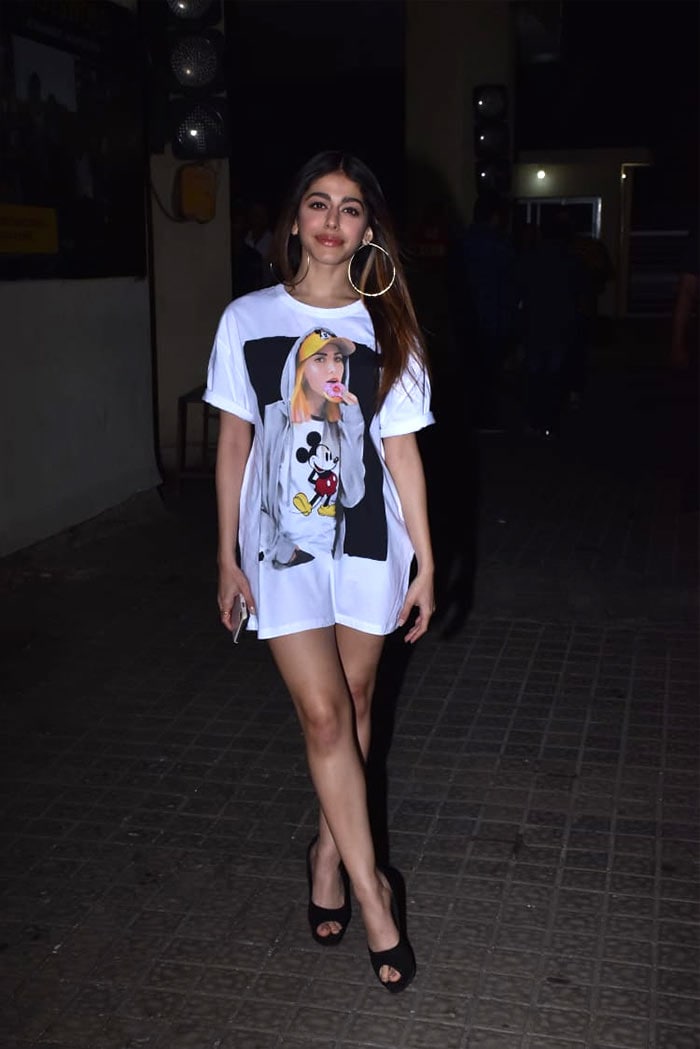 Alaia at the screening.

Alaia's mother and actress Pooja Bedi showed up at the film's screening in a classic LBD (little black dress). She was all smiles. 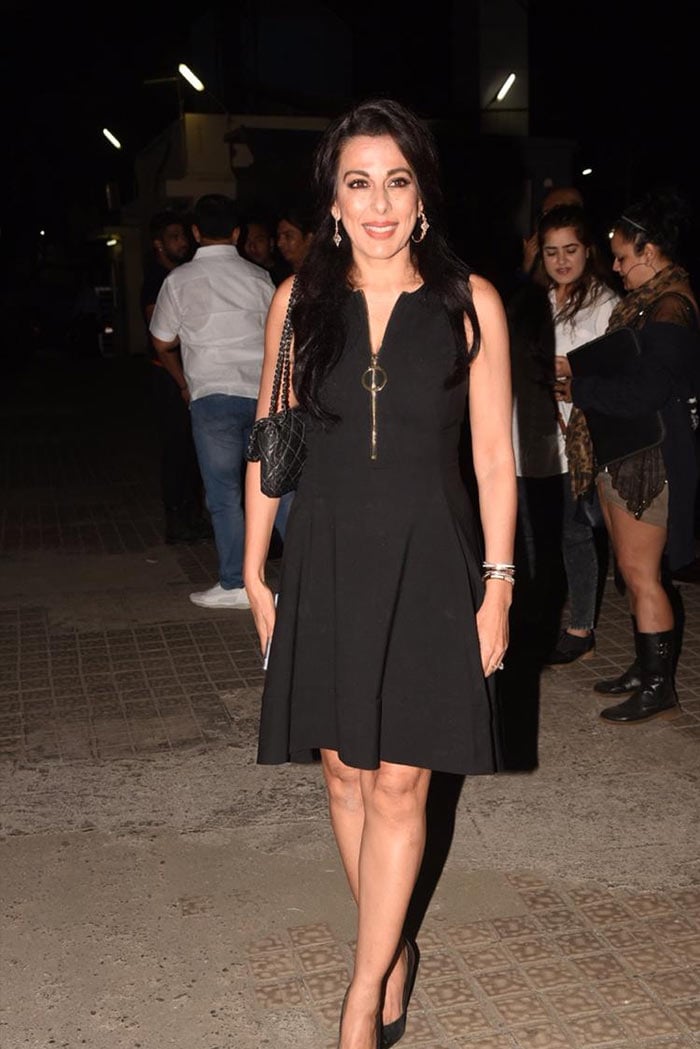 Pooja Bedi was also present at the screening. 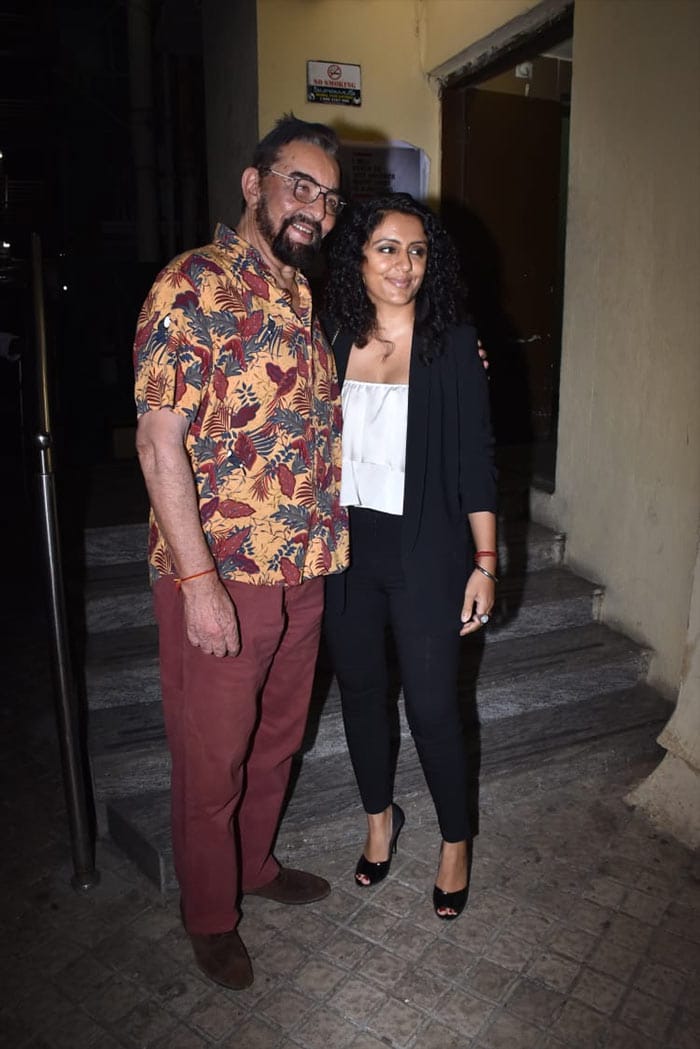 Kabir Bedi at the screening.

Comedian Kiku Sharda was accompanied by his family at the screening of Jawaani Jaaneman. Directed by Nitin Kakkar, Jawaani Jaaneman is has been co-produced by Jackky Bhagnani, Saif Ali Khan, Deepshikha Deshmukh and Jay Shewakramani under the labels of Black Knight Films, Pooja Entertainment and Northern Lights Films. The film is scheduled to hit screens on January 31.