Kareena Kapoor is quite excited about the release of Good News 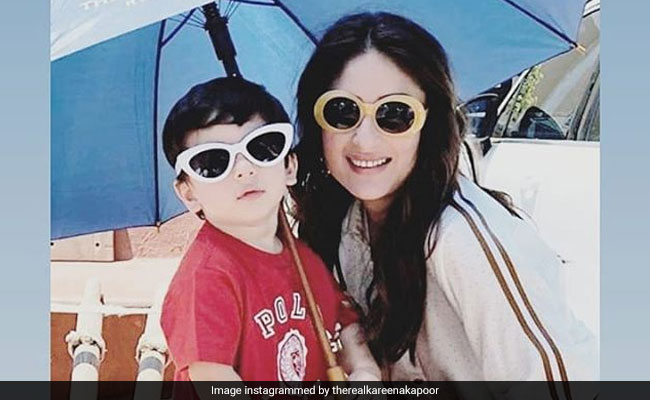 Kareena Kapoor's next film Good News is releasing in December this year and rumour has it that Kareena's two-year-old son Taimur will feature in a small role in it. However, Kareena dismissed the reports of Taimur's cameo in Good News in an interview to Mumbai Mirror and said: "Not at all, why would he do that?" Taimur frequently accompanied Kareena to the sets of Good News and pictures of the toddler spending time with his mother in between shots often found a spot on the list of trends. Good News is based on the subject of surrogacy and it also stars Akshay Kumar, Diljit Dosanjh and Kiara Advani.

Speaking about the film, Kareena said: "Good News has 'great' written all over it, be it the cast, the director or the producer. Even the concept of surrogacy is amazing, though it's going to be a really funny movie. I can't wait to see how people react to it." The film is directed by Raj Kumar Gupta and it is produced by Karan Johar.

Meanwhile, Kareena Kapoor is currently on a vacation in Tuscany with her husband Saif Ali Khan and son Taimur. The 38-year-old actress has a hectic schedule once she returns from her vacation. Kareena has a 10-12 days schedule in London for Angrezi Medium, starring Irrfan Khan while she has also signed up for Takht, to be directed by Karan Johar.

Hello from Tuscany from the Pataudi's

Kareena is also one of the three judges on dance reality show  Dance India Dance: The Battle Of Champions. Kareena revealed that she negotiated lesser working hours for the show to spend adequate time with her son.