Is Kareena Kapoor Set To Be The Highest Paid TV Star? She Says...

As the judge of Dande India Dance, Kareena Kapoor is reportedly the highest paid actor on the small screen in India 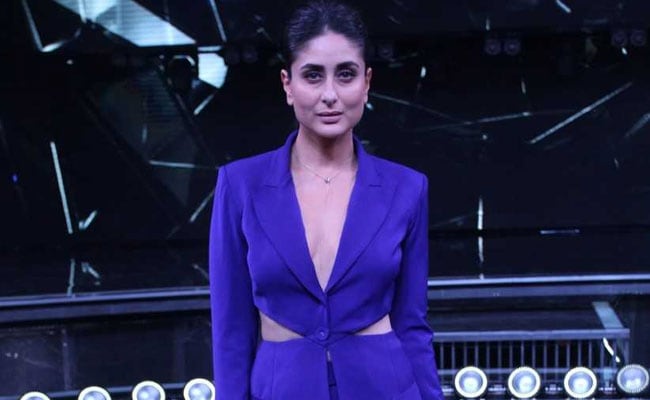 Kareena Kapoor on the sets of Dance India Dance - Battle Of The Champions.

Kareena Kapoor is all set for her television debut as soon as the latest edition of dance reality show Dance India Dance airs and with it she will reportedly become the highest paid actor on Indian television. When mid-day asked Kareena if the reports of her handsome fees for the show were true, the Veere Di Wedding actress replied: "If a male judge is getting a certain amount, a female judge should also get the same. I got what I deserve for the hours I will be putting in." Kareena Kapoor is one of three judges on Dance India Dance - Battle Of The Champions along with musician Raftaar and choreographer Bosco Martis.

Kareena Kapoor, who has plenty of Bollywood films on her plate, also told mid-day that she negotiated fewer working hours for the show as she wanted to spend adequate time with her son Taimur. "I made it clear that I don't work for more than eight hours because of my son (Taimur). Sometimes, I can make an exception of working up to 12 hours. The makers have been kind and worked out everything the way I wanted," said Kareena Kapoor.

Needless to say, Kareena Kapoor's work calendar is quite full.