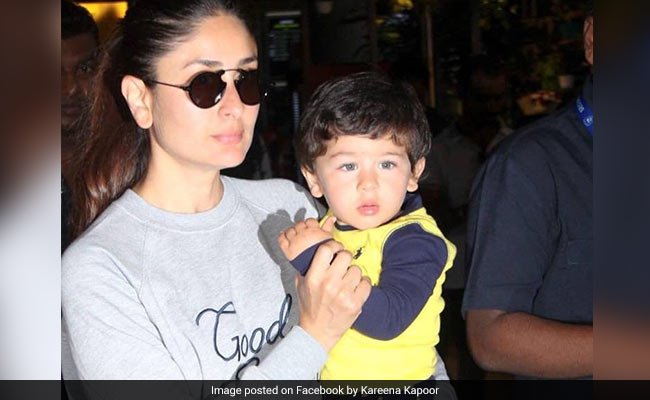 Actress Kareena Kapoor Khan gets hyper paranoid about her son Taimur Ali Khan's diet and says he eats home-cooked food. Kareena, along with her actor-husband Saif Ali Khan was interacting with dietician Rujuta Diwekar about their diet and lifestyle, when the actress was asked about her two-year-old son's diet. Kareena said: "I am hyper paranoid. He (Taimur) goes to birthday parties and he is not allowed to eat outside. But that's also wrong, but ya..." on which Saif Ali Khan added: "He eats chips, though." Kareena Kapoor said Taimur has "khichdi, idli dosa and healthy kind of home-cooked food." She also ensures having a diet plan in place.

Elaborating more on Taimur Ali Khan's diet plan, Kareena said: "Every month I alternate it accordingly. Whatever fruits and vegetables he should be eating in the month... he quite enjoys it. Today, he actually had saag (spinach) for lunch and he normally didn't like it but I have been shoving it down his throat. So now he's got used to it. So he actually ate the whole bowl."

On the acting front, Kareena Kapoor is currently busy shooting for Angrezi Medium, while Saif Ali Khan is looking forward to the release of his next film titled Laal Kaptaan, which is slated to hit the screens on September 6.

(Except for the headline, this story has not been edited by NDTV staff and is published from a syndicated feed.)
Comments
taimur ali khankareena kapoor