"It's up to the person to break boundaries and take up the challenge," said Kareena Kapoor 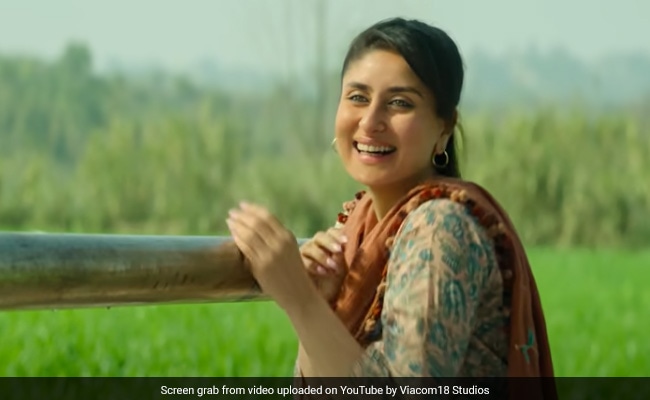 Kareena Kapoor, who shot for Laal Singh Chaddha during her pregnancy, talked about her experience in an interview with India Today. The actress revealed that she was five-and-a-half months pregnant during the film's shoot and told India Today: "I am still a working actor, I worked throughout my pregnancies and people who have a problem with it, don't take me. But the fact is that I've shot with Aamir even when I was five and a half months pregnant." Speaking of her sister-in-law Alia Bhatt, Kareena said, "Alia is still pregnant and working and continues to work. So, it's up to the person to break boundaries and take up the challenge." Alia is married to Kareena's cousin Ranbir Kapoor. Alia announced her pregnancy in June this year.

Earlier, Kareena Kapoor shared a post, in which she wrote why the project is extra special for her. She wrote in her caption: "A pandemic, two lockdowns, and a baby later... one of my most special films... also because my Jeh baba is very much a part of it (in my tummy). Thank you Advait and Aamir for having not just me but the both of us in it... it's something I will cherish forever. Over to you guys, finally...Laal Singh Chaddha."

In terms of work, Kareena Kapoor was last seen in the 2020 film Angrezi Medium, co-starring late actor Irrfan Khan, and actress Radhika Madan. Kareena will next be seen in Aamir Khan's Laal Singh Chaddha, which is a remake of the 1994 film Forrest Gump. The actress will be seen in Sujoy Ghosh's The Devotion Of Suspect X, co-starring Vijay Verma and Jaideep Ahlawat. She will also co-produce a film with Ekta Kapoor. She will also star in a project backed by Rhea Kapoor.