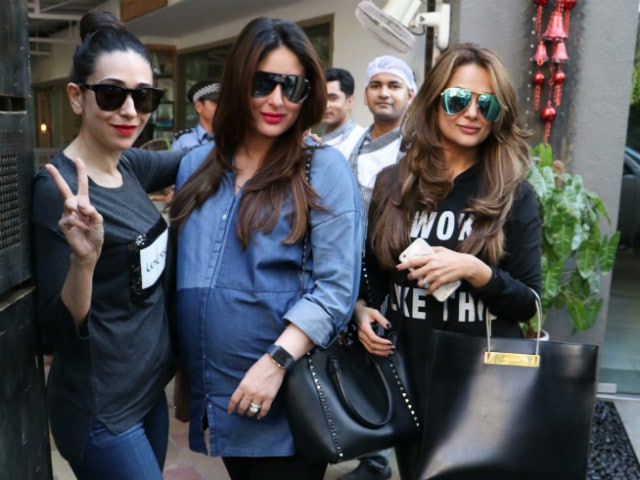 New Delhi: With days to go before her due date, pregnant actress Kareena Kapoor Khan was spotted at a Mumbai eatery earlier this week having lunch with her sister Karisma Kapoor and best friend Amrita Arora. Kareena, 36, is expecting her first child with husband Saif Ali Khan. Baby is reportedly expected to arrive on December 20 or thereabouts. A glowing Kareena is routinely spotted out and about. On Wednesday, she was pictured with Karisma and Amrita outside a restaurant in the Mumbai suburb of Bandra, casually dressed in a denim shirt from Bhane and leggings. Karisma and Amrita were equally casual but chic. 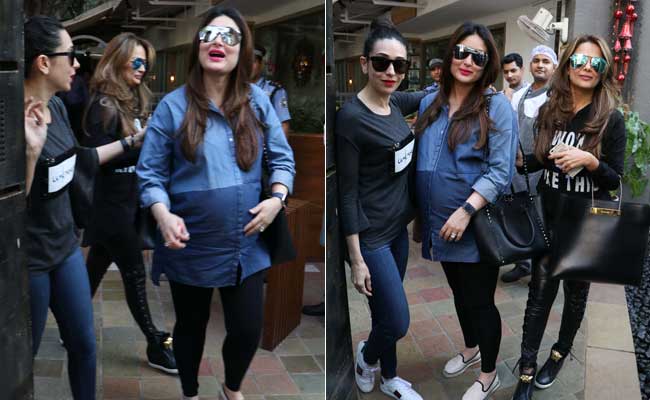 Kareena and Saif were last spotted at designer Manish Malhotra's 50th birthday earlier this month, she looking absolutely gorgeous in a black Gauri and Nainika dress. It was just one in a series of stunning appearances - Kareena has nailed pregnancy fashion like never before. Last August, Kareena walked the ramp for designer Sabyasachi at Lakme Fashion Week. 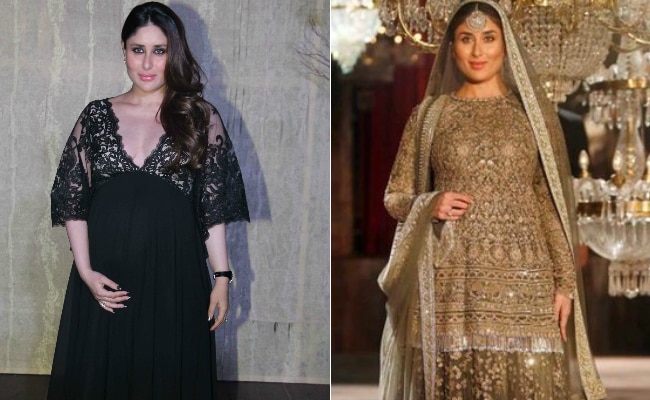 Last month, Saif released a statement rejecting rumours of a gender test. He also said the baby would not (obviously) be called 'Saifeena,' the portmanteau name that was given to the couple when they began dating. "I want to let everyone know that we have not yet had our child and we still don't know the sex of the child. We will not be having our child in London and the name of the child will definitely not be called 'Saifeena'," Saif said, reported news agency IANS.

Promoted
Listen to the latest songs, only on JioSaavn.com
Kareena Kapoor Khan married Saif Ali Khan in Mumbai on October 16, 2012. Saif has been married before to actress Amrita Singh and has two children with her - daughter Sara and son Ibrahim.