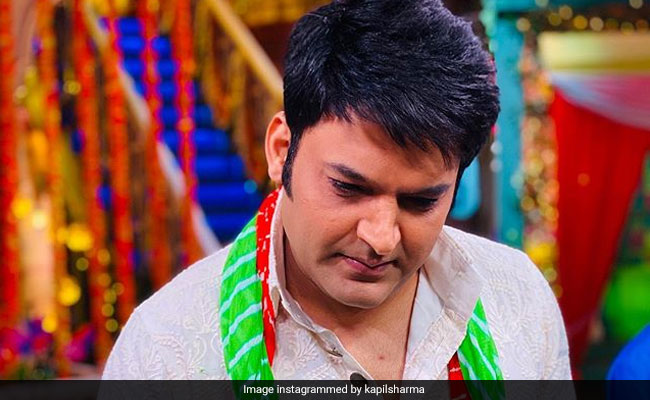 Comedian Kapil Sharma is back with The Kapil Sharma Show post the lockdown but the host says he misses recording the episodes of the show without the live audience.

The production on the show, a comedy chat show with celebrity guests, had come to a halt due to the coronavirus-led lockdown in March with the producers making do by airing old episodes.

The team, including Sharma, Bharti Singh, Krushna Abhishek, Kiku Sharda and Sumona Chakravarti, resumed shooting amid strict safety guidelines from July 18 and the show went on air from August 1 on Sony Entertainment Television.

Sharma, who calls his show a "congregation of like-minded artists", said the new format does not have a live audience due to the safety concerns.

They have replaced the live audience with the cut-outs of people behind the show's permanent guest, Archana Puran Singh.

"We are not shooting with live audience, that's something we all miss. However, Archana ji makes up for it - she and her laughter are equal to 100 people on set," Sharma told PTI in an email interview.

Given the rising number of COVID-19 cases, there was some apprehension about resuming production but they decided to begin work cautiously, he said.

"With the kind of news coming in and the information available, one does feel apprehensive. I am no different. We are taking all preventive measures in our capacity while shooting. Personally, we are all very careful and conscious. Our show gives us an opportunity to make people smile during these grim times. So, it's worth it." The 39-year-old comedian-actor said there are challenges while shooting especially with a limited number of crew as the responsibilities double up.

"It has been our conscious effort to bring laughter into people's lives. We get so many messages and posts from people saying if they were stressed, watching the show helped them overcome certain situations...

"Comedy has that effect on people. After a long and tiresome day, all one wants is to forget about whatever has happened, even though it's for a little while. Maybe we help people relax, and to me, that's the least that we can do," Sharma said.

The first guest on the show post the lockdown was actor Sonu Sood, who has been hailed for his work in helping migrants reach their homes in these tough times.

"Sonu paaji is a very nice human being. He has done such commendable work and tirelessly worked towards uplifting people''s lives. This is the kind of positivity we all need to see and experience in such challenging times. He is an inspiration to many, and it was an honour to host him," he said.