Kapil Sharma reportedly cancelled shoot with actor Ajay Devgn and his co-stars from the film Baadshaho. The cast of the film waited 15 minutes for Kapil and then 'stormed out' when he didn't show up 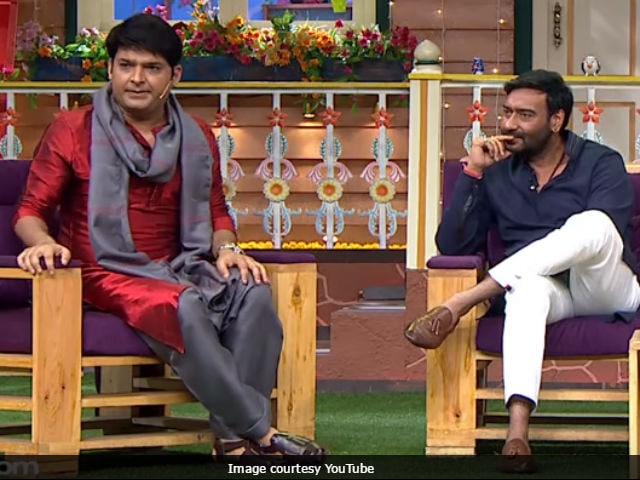 New Delhi: Kapil Sharma just cancelled another shoot of his series The Kapil Sharma Show, reports mid-day - this time with actor Ajay Devgn and his co-stars from the film Baadshaho. Given that the 36-year-old comedian's health has been a concern and shoots with other stars have previously been cancelled, representatives for Baadshaho is reported to have checked in with Kapil Sharma's team in advance and were told that filming would take place as scheduled. This, apparently, was not what happened - the cast of Baadshaho waited 15 minutes and then 'stormed out' when he didn't show up. Kapil Sharma didn't show up at all, mid-day reports, allegedly because he struggled to wake up after a late night.

In the last few months, a number of stars have shown up to the sets of The Kapil Sharma Show and then left without filming when their host failed to appear - these stars include Shah Rukh Khan and Anil Kapoor (with his co-stars) from Mubarakan. This ill-fated recording of The Kapil Sharma Show, scheduled for the Saturday that just went by, was meant to feature Ajay Devgn, Emraan Hashmi, Ileana D'Cruz and Esha Gupta. The Baadshaho actors were reportedly assured that Kapil Sharma would be present and on time.

A report in SpotboyE quotes a source as saying, "Kapil's phones were switched off. The team was leaving no stone unturned to get in touch with him, but to no avail. Even Kapil's team did not give a proper answer."

Promoted
Listen to the latest songs, only on JioSaavn.com
Kapil Sharma's colleague Kiku Sharda told BollywoodLife last month that the comedian was not depressed as some reports suggested. "Kapil's absence due to his ill-health has fanned stupid speculations. I don't want to comment and fan all this further. We have started shooting for the coming weekend," he said.

The Kapil Sharma Show has been hit by falling ratings after a fraught few months that saw many cast members exiting. The departures were headlined by comedian Sunil Grover and spurred by an alleged brawl on a flight out of Melbourne in which Kapil Sharma, reportedly drunk, assaulted Mr Grover and insulted the rest of his team. Changes in line-up continued till some weeks ago when Archana Puran Singh was brought in to replace series regular Navjot Singh Sidhu.