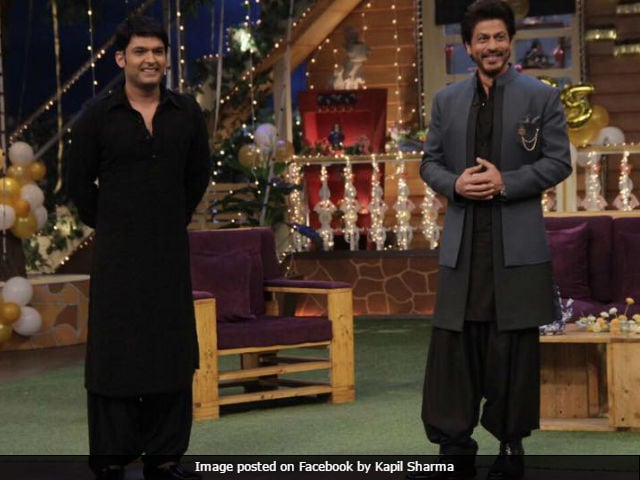 New Delhi: Shah Rukh Khan and Anushka Sharma recently visited the sets of The Kapil Sharma Show to promote their upcoming film Jab Harry Met Sejal, but left without shooting for the episode because host Kapil Sharma 'fainted,' reports Hindustan Times. A source told the daily that Kapil Sharma is under a lot of stress because of which he fainted before they could shoot for the episode. "Kapil had to shoot with actor Shah Rukh Khan for Jab Harry Met Sejal on Friday night but he fainted on the sets during the shoot. He is under a lot of stress because of the show and is doing everything possible to keep it on top of the TRP. This stress took a toll on him and the shoot had to get cancelled," HT quoted a source as saying.

"Even when the cast of Guest Iin London had come to promote the film, Kapil was unwell and the shoot had to be stopped. He has been thinking a lot lately about the show and it has started affecting his health," the source added.

Promoted
Listen to the latest songs, only on JioSaavn.com
The TRPs of The Kapil Sharma Show have reportedly been dwindling and the host is doing all that he can to keep up content considering the same channel which air Kapil's show is launching a new comedy show, The Drama Company, which features Kapil's rival Krushna Abhishek. In addition, Kapil's former creative director Preeti Simoes and co-stars like Ali Asgar have also joined Krushna's show. "Now, with comedian Krushna Abhishek's new show on the same channel, things have become tougher for Kapil," the source told Hindustan Times.