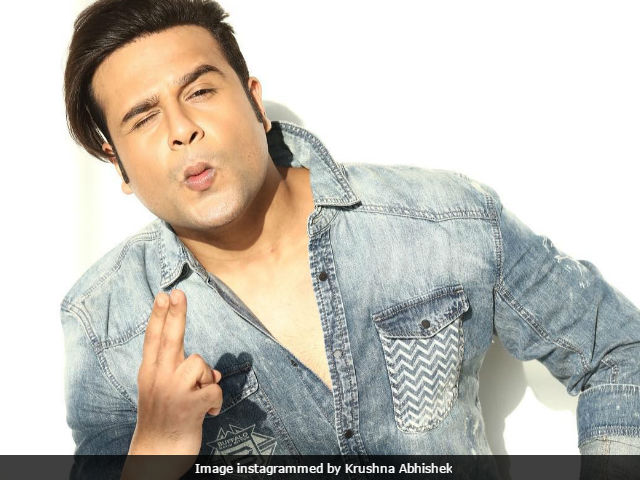 New Delhi: Krushna Abhishek is all set to compete with Kapil Sharma's show with the arrival of his The Drama Company, which features some of Kapil's previous co-stars and creative director Preeti Simoes. However, the 34-year-old comedian says that all this is "just a coincidence," reports Hindustan Times. Krushna said that there is no rivalry between him and Kapil Sharma and said that they are like 'Shah Rukh Khan and Salman Khan of TV.' He told Hindustan Times: "People have always pitted us against each other. Our popularity and our careers are linked in some way. Kapil and I are like Shah Rukh Khan and Salman Khan of TV. But unlike these superstars, we are not friends. We don't talk to each other, but when we do, we respect each other. One should appreciate talent, and we are both very talented. I am waiting for the day when we both get an opportunity to work together."

It seems Krushna was alluding to SRK and Salman's friends-turned-foes duration from 2008 - 2014 when they would meet at social events, exchange pleasantries, but everyone knew that nothing was okay. Salman and Shah Rukh patched up during the former's sister's wedding in 2014.

Promoted
Listen to the latest songs, only on JioSaavn.com
Krushna also added that Sunil Grover's casting in the new show is not confirmed and that 'everyone who is on board is due to Preeti's relationship with them,' Hindustan Times quoted him as saying.

Krushna Abhishek, whose last show was Comedy Nights Bachao, said that he was 'bored' of the current format of comedy shows on television and with The Drama Company, "people will see a new side of me," reports Hindustan Times. Krushna Abhishek told Hindustan Times that The Drama Company will have more situational comedy rather than the one-liners. It will also have skits, plays and spoof of films.