The Kapil Sharma Show: Why Chandan Prabhakar Made A Comeback. He Explains

Chandan Prabhakar, who quit The Kapil Sharma Show following the host Kapil Sharma's fight with co-star Sunil Grover, made a comeback over the weekend 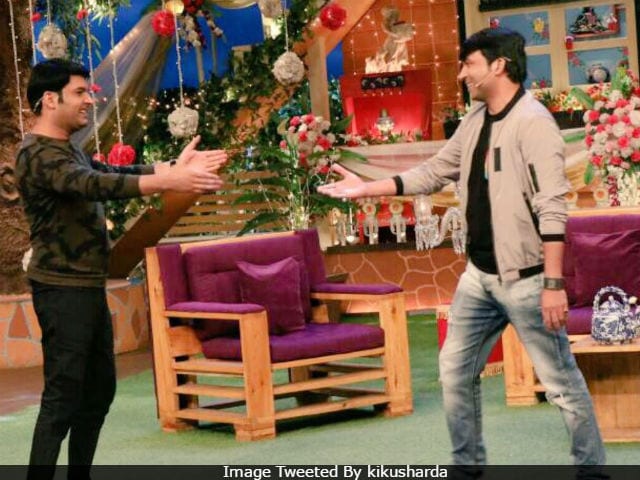 Chandan Prabhakar and Kapil Sharma on the sets of the show (Image courtesy: kikusharda)

New Delhi: Comedian Chandan Prabhakar, who quit The Kapil Sharma Show following the host Kapil Sharma's fight with co-star Sunil Grover, made a comeback over the weekend. Chandan played Chandu Chaiwala on the show. Of his comeback, he told news agency PTI, "It was not a hardcore decision. It was a reaction for some time. That's it. Now everything is sorted between us. I felt Kapil needs me now and I should stand by him." After Chandan Prabhakar, Kapil Sharma's show has added comedian Bharti Singh and her fiance Haarsh Limbachiyaa to the cast. Both Bharti and Kapil previously worked together in Comedy Nights, Comedy Nights Bachao and Comedy Circus.

Chandan Prabhakar shot for the show last weekend. Kiku Sharda, who is Chandan's co-star, updated fans about the same on social media. "We have been childhood friends and we have fought couple of times earlier as well. But now that we are working on a television show and have become popular, so our fight was talked about. We all fight in real life with our siblings and its ok," Chandan told PTI.

In March this year, Kapil Sharma, allegedly drunk, reportedly hit Sunil Grover on a flight from Melbourne to India. After the incident Sunil Grover, Ali Asgar and Chandan Prabhkar quit Kapil Sharma's show. Soon after their exit, the TRP's dipped by huge numbers. "The TRPs were affected due to the unavailability of some characters from the show. We all including me, Sunil, Ali have our own fan following. So when the characters played by us were not part of the show, it did result in the show not getting good response," Chandan said.

Of the fallout with Kapil Sharma, Chandan said, "We have worked together earlier and when he used to say anything to me that time I used to not feel bad. Now when he talks in a similar tone to me, I feel bad. So, it's not his problem. Its mine as my mindset has changed. When someone becomes popular, others feel there is arrogance in him, but people have made him big. He is a genuine guy."

Promoted
Listen to the latest songs, only on JioSaavn.com
Sunil Grover refused to return to the show despite Kapil Sharma's apology. While Ali Asgar said that he quit because of 'creative difference issues' with the team. "I am sure Kapil has approached Sunil as well. It's his life and his decision whether he wants to come back or not on the show. I am sad and I will miss them as we have worked together for three-four years," Chandan told PTI.