The Executive Vice President and Business Head of Sony Entertainment Television Danish Khan rubbished the reports that suggested that Kapil Sharma cancelled the shoot with superstar Amitabh Bachchan. "There was never any plan of Mr. Bachchan shooting with Mr. Kapil Sharma," he tweeted 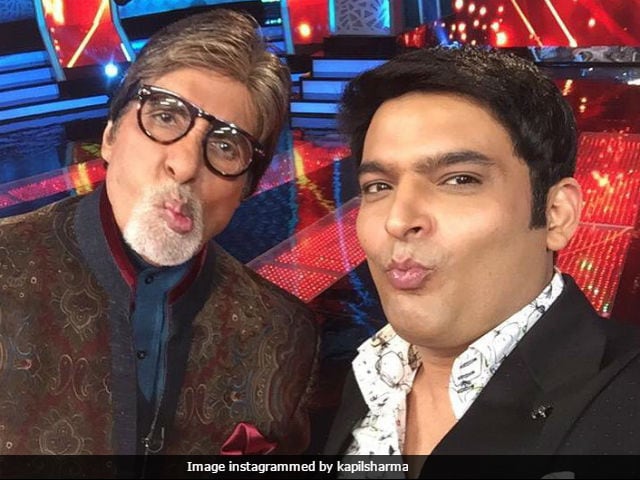 New Delhi: Comedian Kapil Sharma has lately been in the news for cancelling shoots with Bollywood celebrities like Shah Rukh Khan and Anil Kapoor for The Kapil Sharma Show. Recently, a few reports suggested that Kapil cancelled his shoot with superstar Amitabh Bachchan, who was supposed to promote the upcoming ninth season of his television game show Kaun Banega Crorepati. The reports stated that due to a strike by The Federation of Western India Cine Employees the special episode of The Kapil Sharma Show had to be cancelled. However, the Executive Vice President and Business Head of Sony Entertainment Television Danish Khan rubbished the reports in a tweet, saying that there was no such episode planned.

"Not true. KBC shoot is on and there was never any plan of Mr. Bachchan shooting with Mr. Kapil Sharma," wrote Mr Khan as he attached an article from a leading daily.

Not true. KBC shoot is on and there was never any plan of Mr. Bachchan shooting with Mr. kapil sharma. https://t.co/7taKMh7CoY

Last week, The Kapil Sharma Show made headlines as actress Archana Puran Singh replaced Navjot Singh Sidhu on the show for a few episodes. According to news agency IANS, Mr Sidhu couldn't be part of the show due to ill health.

"It feels weird sitting on Sidhu ji's chair as we all are so used to seeing him on this throne. Kapil called me the same day of the shoot and I couldn't say no to an old friend as we go back a long way," Archana said in a statement, reported IANS.

"I'm here only for a few episodes, once Sidhu ji is fit and fine, he will take over his throne. I will miss the show when he comes back and I'll always be waiting for Kapil to call me to come again on this show," she added.

Previously, Kapil Sharma's ill health disrupted his shoot with the team of Jab Harry Met Sejal and Mubarakan and Guest Iin London. However, Kapil welcomed the cast of Mubarakan on his show a week later. Actors Anil Kapoor and Arjun Kapoor shared pictures from the sets of the show on social media.

Earlier this month, The Kapil Sharma Show was renewed for a year. Several media reports suggested that the show would go off air due to declining TRPs.

The TRPs of the The Kapil Sharma Show started declining ever since Kapil's mid-air altercation with co-star Sunil Grover, which resulted in the latter's exit from the show. Following the ugly spat between the two, Kapil's co-stars Chandan Prabhakar and Ali Asgar also quit the show. In June, Chandan Prabhakar chose to forgive Kapil Sharma for his unruly behavior and returned to the show.