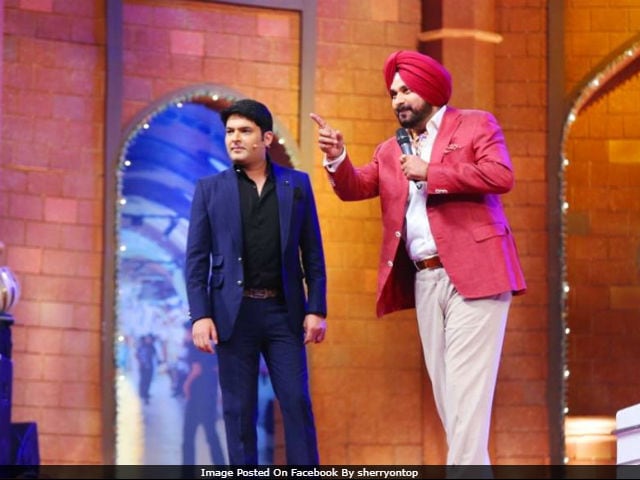 New Delhi: Actress Archana Puran Singh has replaced Navjot Singh Sidhu on The Kapil Sharma Show for a few episodes, reports news agency IANS. Mr Sidhu was unable to shoot for the show currently due to poor health conditions. "It feels weird sitting on Sidhu ji's chair as we all are so used to seeing him on this throne. Kapil called me the same day of the shoot and I couldn't say no to an old friend as we go back a long way," Archana said in a statement, reports IANS. Archana Puran Singh, who has judged several comedy shows, has also been part of Comedy Circus, which was won by Kapil Sharma.

Of replacing Navjot Singh Sidhu on The Kapil Sharma Show, Archana told IANS, "I'm here only for a few episodes, once Sidhu ji is fit and fine, he will take over his throne. I will miss the show when he comes back and I'll always be waiting for Kapil to call me to come again on this show."

Navjot Singh Sidhu, who is also the Tourism Minister of Punjab, has been associated with Kapil Sharma for over four years now. He was also a part of Comedy Nights With Kapil, which aired before The Kapil Sharma Show.

Recently, the embattled show was renewed for a year. Several media reports suggested that the show would go off air due to falling viewership. "I am grateful to the channel for believing in me and our show and supporting us in creating and bringing unlimited entertainment to every household every weekend," Kapil told IANS.

Promoted
Listen to the latest songs, only on JioSaavn.com
Last March, Kapil's co-star Sunil Grover quit the show after a fight. Kapil Sharma, allegedly drunk, is accused of hitting Sunil Grover with a shoe on a flight to India from Melbourne. After Sunil's exit, his other co-stars Ali Asgar and Chandan Prabhakar also quit. However, Chandan Prabhakar returned to the show a couple of months ago. Later, comedian Bharti Singh also featured for a few episodes.