"It's a happy time for the family and everybody is looking forward to welcome the new member," said Kapil Sharma 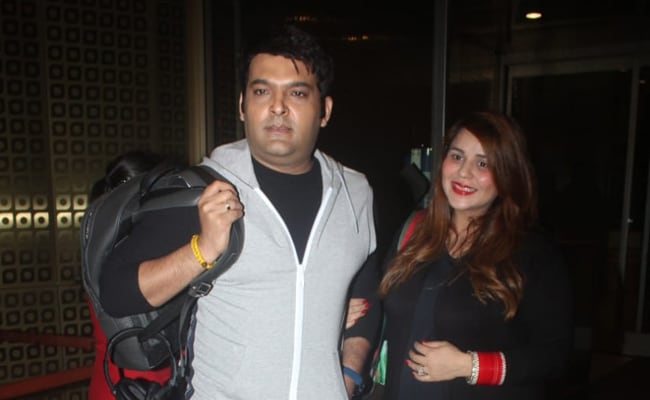 Kapil Sharma and Ginni Chatrath photographed at the Mumbai airport.

Kapil Sharma and his wife Ginni Chatrath, who are expecting their first child together, are all set for their babymoon. The comedian confirmed the news of Ginni's pregnancy in an interview with Mumbai Mirror, wherein he said that he and Ginni are "very excited" to welcome the new member to their family. He said: "I just want to take care of my wife and be by her side for now. We are obviously very excited as it's our first kid but my mother is the most excited. She has been waiting for this moment for years now. We are just praying for Ginni and the baby's health." Kapil, who was very excited about the big news, said that it is a "happy time" for their family and added, "There is no prep because we don't know if it would be a boy or girl. It's a happy time for the family and everybody is looking forward to welcome the new member."

Meanwhile, the couple were spotted at the Mumbai airport on Thursday evening. Both Kapil and Ginni were dressed in casual outfits. Kapil opted for a grey track suit while Ginni topped a pair of black track pants with a matching top and cape of sorts. The couple happily posed for the shutterbugs. Take a look at the pictures here: 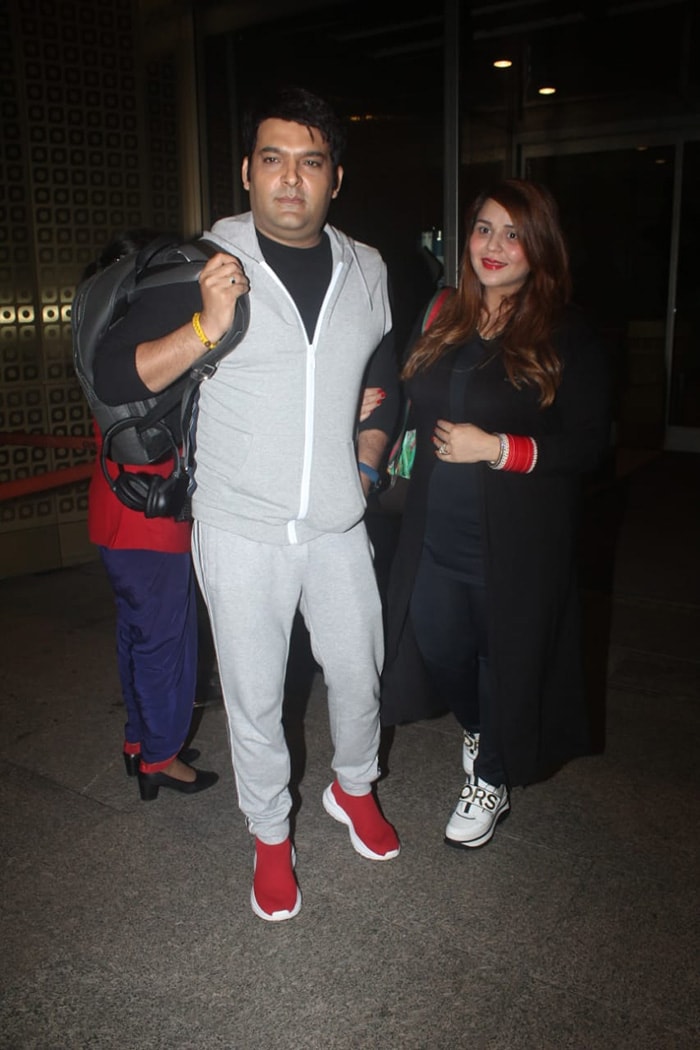 Kapil and Ginni Chatrath at the Mumbai airport. 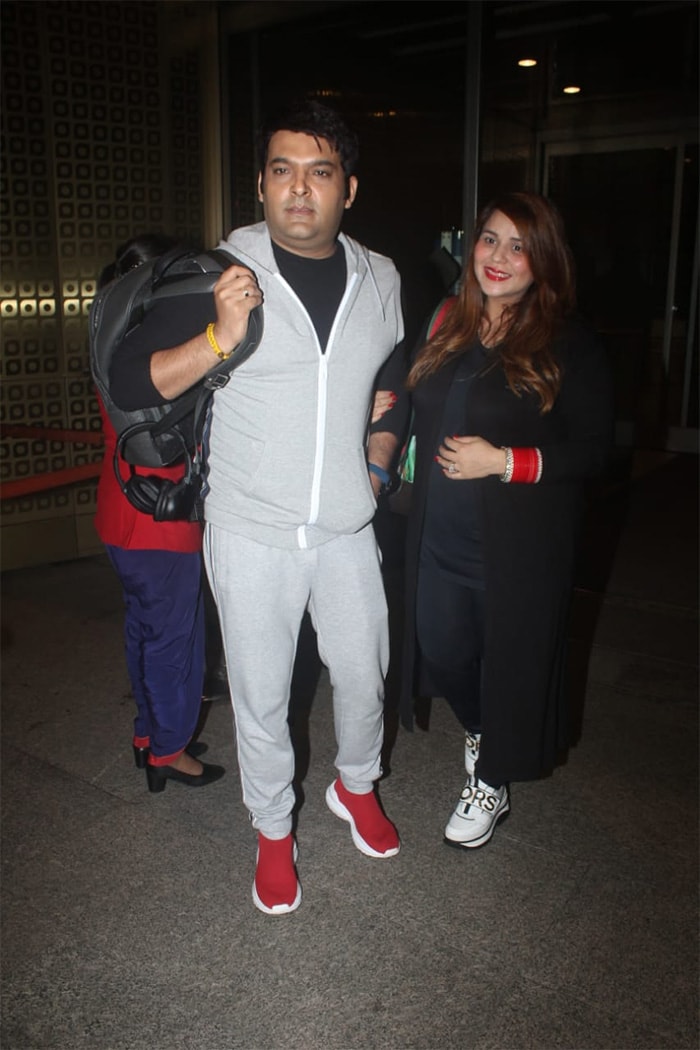 The couple was all smiles. 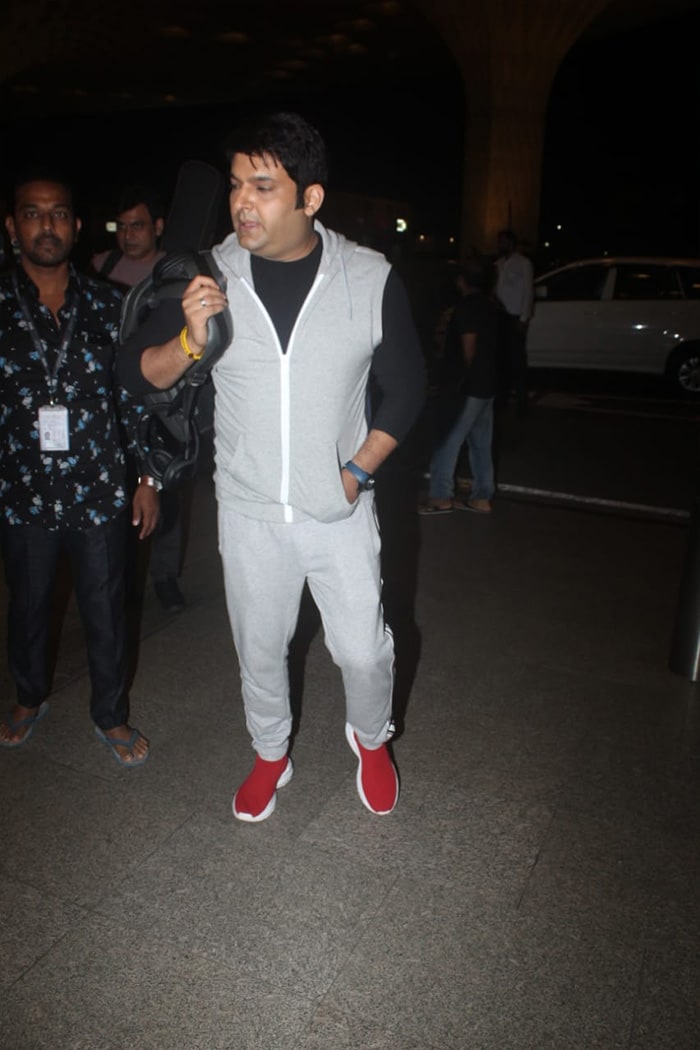 Kapil Sharma photographed at the airport.

Kapil Sharma and Gini Chatrath got married as per Hindu and Sikh traditions in Jalandhar in December 2018. Later, the couple hosted two grand receptions - in Amritsar and Mumbai. The Mumbai reception was attended by some of the biggest stars of the film fraternity.

Kapil Sharma stepped into the entertainment industry with The Great Indian Laughter Challenge (season 3). However, he became a household name after he hosted the The Kapil Sharma Show. Kapil made his Bollywood debut with Kis Kisko Pyaar Karoon.