Kajol's Throwback Pic Comes With A Message: 'Don't Judge A Book By Its Cover'

Kajol is a bookworm and her Instagram posts prove it 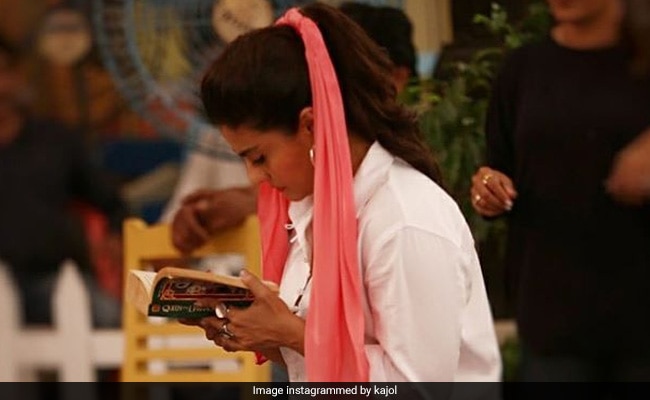 You must have heard people saying that don't judge a book by its cover, right? The reason we brought this up today is because Kajol's latest Instagram post is all about that. The actress took a trip down the memory lane and fished out a photo of herself, in which she can be seen reading a book. However, it is her caption that stole our hearts. Posting the picture on social media, Kajol, who is a book lover, shared a note, which read: "Don't judge a book by its cover." The picture is from one of her films' sets. Reacting to her post, many of her fans even asked Kajol which book she's reading in the picture but the actress hasn't replied yet.

Kajol is a bookworm and her throwback pictures on her Instagram profile prove it. Remember the one in which she shared a picture of herself reading a book in between shots? The actress accompanied it with a suitable caption: "Readers do it everywhere!"

How can we forget the picture that Kajol shared from her film's set and accompanied the post with a lit caption. "When you can't find a book and resort to the newspaper finally! #tbt #alwaysreading #booksrock," she wrote.

When u can't find a book and resort to the newspaper finally !! #tbt #alwaysreading #booksrock