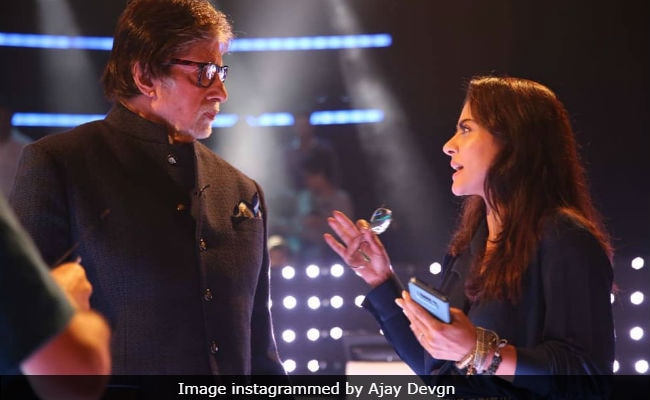 Those who are counting days to watch Kajol's Helicopter Eela will have to wait for a few more days - actually, a month - to watch the film. As per an IANS report, director Pradeep Sarkar will shoot the remaining portions of the Ajay Devgn-produced film after recuperating from dengue. The director made an exception for Amitabh Bachchan and stepped out of the hospital under supervision to shoot with him. However, he will resume filming only after completing his treatment. "While in the hospital he came out to direct a scene with Amitabh Bachchan to complete the shooting schedule of Helicopter Eela. Special care was taken with an ambulance and a doctor on standby on the set. He had an intravenous (IV) drip on his hand and after completing the shoot he went back to the hospital to continue with his treatment," read the statement from the film's team.

"The makers will wait for him to come out of the hospital and be fit enough to resume work. Ajay Devgn along with co-producer Jayantilal Gada decided to shift the release date to October 12," read the statement, reports IANS. This is the third release date set for Helicopter Eela, which was initially scheduled to open in theatres on September 14 and then on September 7.

In Helicopter Eela, Kajol plays the role of a single mother who decides to complete her education and joins her son's (played by National Award-winning actor Riddhi Sen) college. Eela's son distances himself from her due to her interference in his life. But later helps her focus on her career as a singer.

Watch the trailer of Helicopter Eela:

Meanwhile, Kajol and Riddhi Sen are promoting their film in full swing.