"I feel there are only a few people who are meant to be on screen and Kajol is definitely one such person," said Neha Dhupia 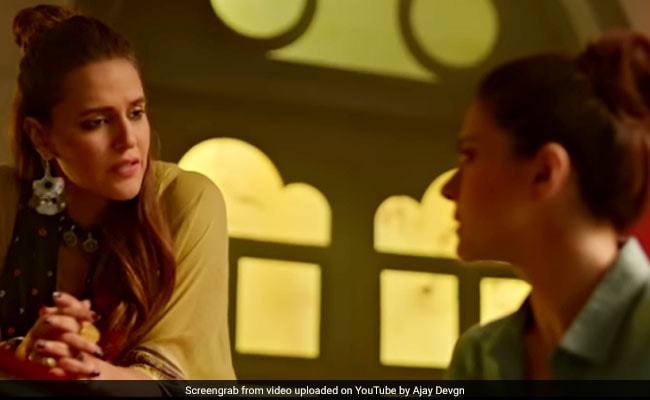 Neha Dhupia was all praises for her Helicopter Eela co-star Kajol, with whom she is working for the first time. Neha said that she is a fan of the actress, much like any other cinephile in the country, news agency PTI reported. "It wouldn't be fair if I say am not a fan of hers. There is nobody in the entire nation or anybody who follows Bollywood who is not a Kajol fan. She is phenomenal, she is beautiful and she makes it look so easy on the screen," PTI quoted the 37-year-old actress as saying. Neha also added that Kajol "lights up the screen" whenever she appears. "I feel there are only a few people who are meant to be on screen and Kajol is definitely one such person. She lights up the screen when she is there," Neha Dhupia added.

Watch the trailer of Helicopter Eela.

Helicopter Eela is about "reinventing parenting techniques". The comedy-drama will feature Kajol as a single mother, Eela, who joins her son Viaan's (played by Riddhi Sen) college, to complete her education. Speaking about her character in the film, Kajol in an interview to IANS said: "I think most mothers are like Eela. Indian moms generally. All of us are Eela, but the degree of obsession can change from one mother to another."

Helicopter Eela is directed by Pradeep Sarkar and Ajay Devgn produces it. The film will hit the screen on September 7.

(With PTI inputs)
Promoted
Listen to the latest songs, only on JioSaavn.com