Kajol's 'After Party Feels' Are Making Her 'Miss The London Weather' 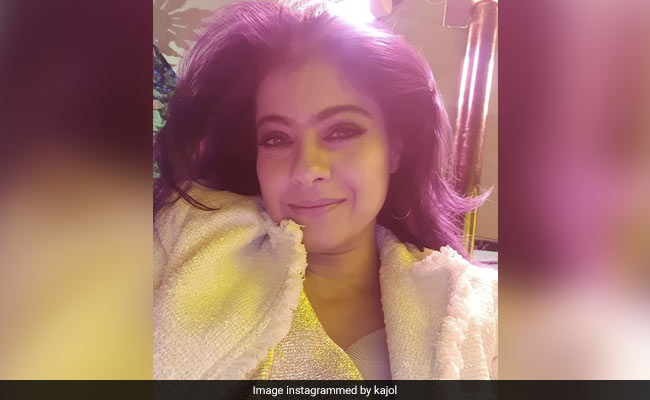 Actress Kajol, who is back from the Pratham UK Gala 2019, delighted her fans on Wednesday as she shared a really adorable picture of herself on her Instagram profile. In the picture, Kajol looks stunning in a shimmery white and golden saree, which she paired with a white fur coat. It wouldn't be wrong to say that Kajol's priceless smile is making the photo more special. Sharing the post, Kajol wrote that she is "missing" the London weather (the Pratham event took place in London). "Missing London weather! After party feels," the 45-year-old actress captioned her post. Pratham UK Gala is an annual event organized by Pratham UK, a volunteer-driven charity aimed at bringing change in India through education reform.

In her previous posts, Kajol shared pictures of herself from the event, in which she could be seen wearing the same saree. "Looking pretty for goodness sakes..... #pratham #aboutlastnight," she captioned one of the posts.

Man made light shining down from above ... #onemore

A fanpage dedicated to the actress also shared a video of her from the event, in which she could be heard expressing her views on Pratham and its relevance. "I am basically here for Pratham. Pratham stand for child literacy and that I think that is something that means more than anything else," Kajol said in the video.

On the work front, Kajol was last seen in Helicopter Eela. She also has a special appearance in Shah Rukh Khan's Zero. Kajol will now next be seen in Taanaji: The Unsung Warrior, which is slated to release next year.