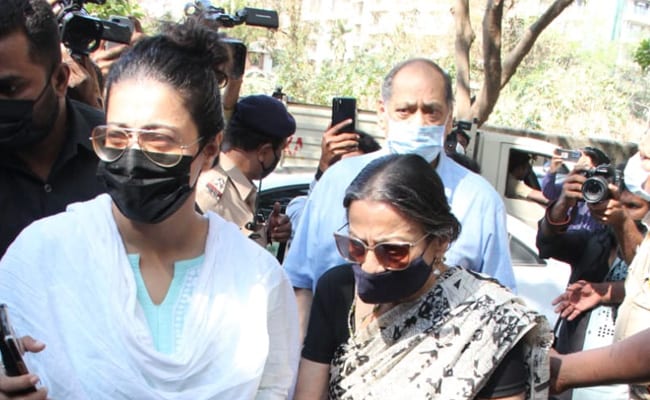 After the death of veteran music composer and singer Bappi Lahiri, members of the film fraternity visited his residence in Mumbai to pay their respects. Bappi Lahiri died at the age of 69 in Mumbai on Tuesday night. On Wednesday morning, Kajol along with her mother and veteran actress Tanuja was pictured at Bappi Lahiri's house. Kajol's cousin Sharbani Mukerjee was also photographed at Bappi Lahiri's residence. The Mukherjees and the Lahiris were connected - both families were related to Kishore Kumar and the Ganguly family. Kishore Kumar sang some of Bappi Lahiri's best-known songs, among them Chalte Chalte from the eponymous film and Pag Ghungro from Namak Halaal.

Other celebrities who were pictured at Bappi Lahiri's home on Wednesday included filmmaker Rakesh Roshan and actress Padmini Kolhapure, and several members of the music fraternity including singers Alka Yagnik and Shaan, and composer Lalit Pandit.

Kajol and her mother Tanuja at Bappi Lahiri's house: 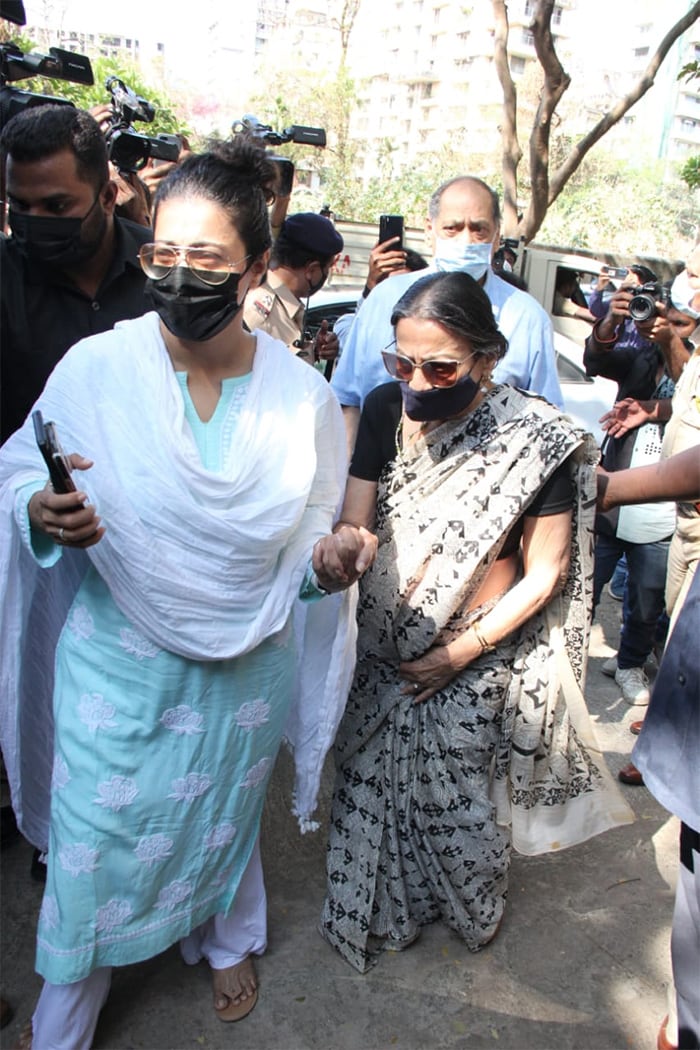 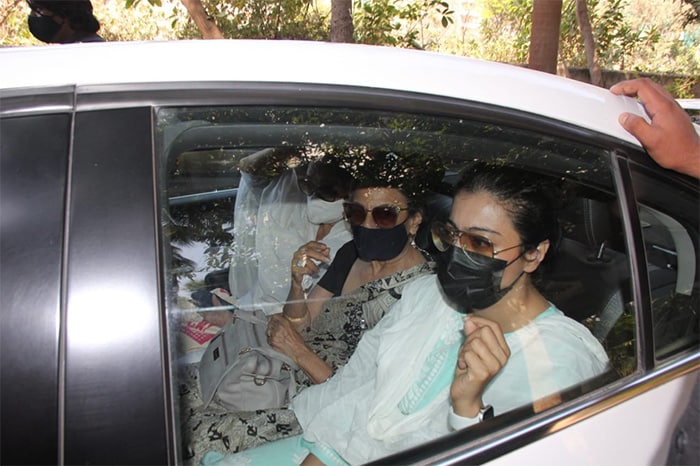 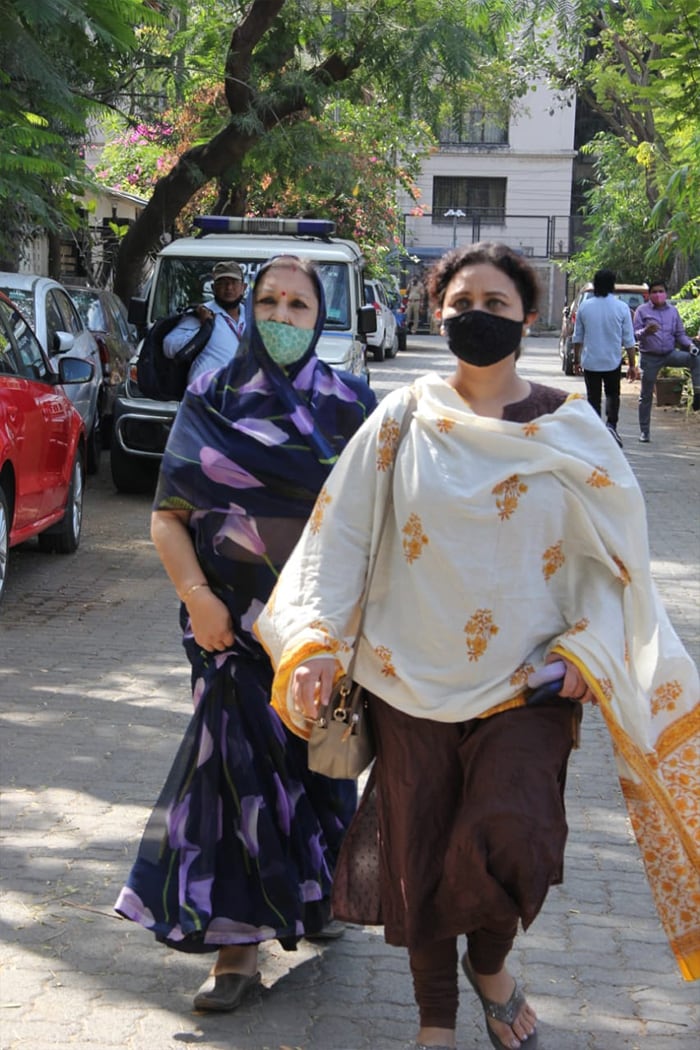 Filmmaker Rakesh Roshan, who featured in one of the composer's best-known songs - Jalta Hai Jiya Mera from the film Zakhmee - at Bappi Lahiri's house: 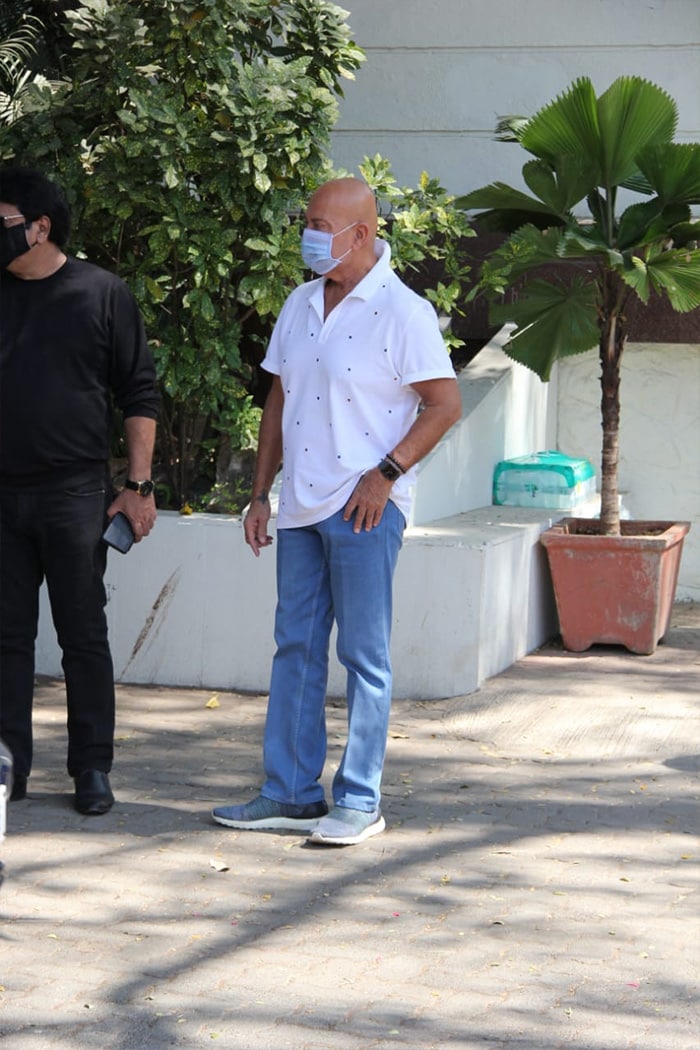 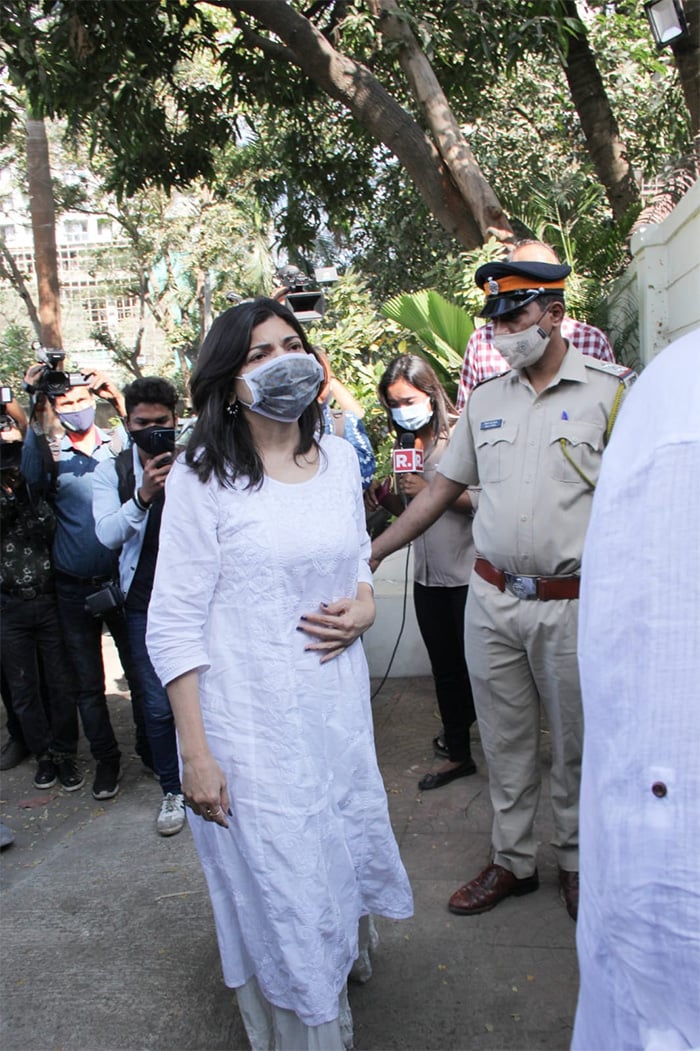 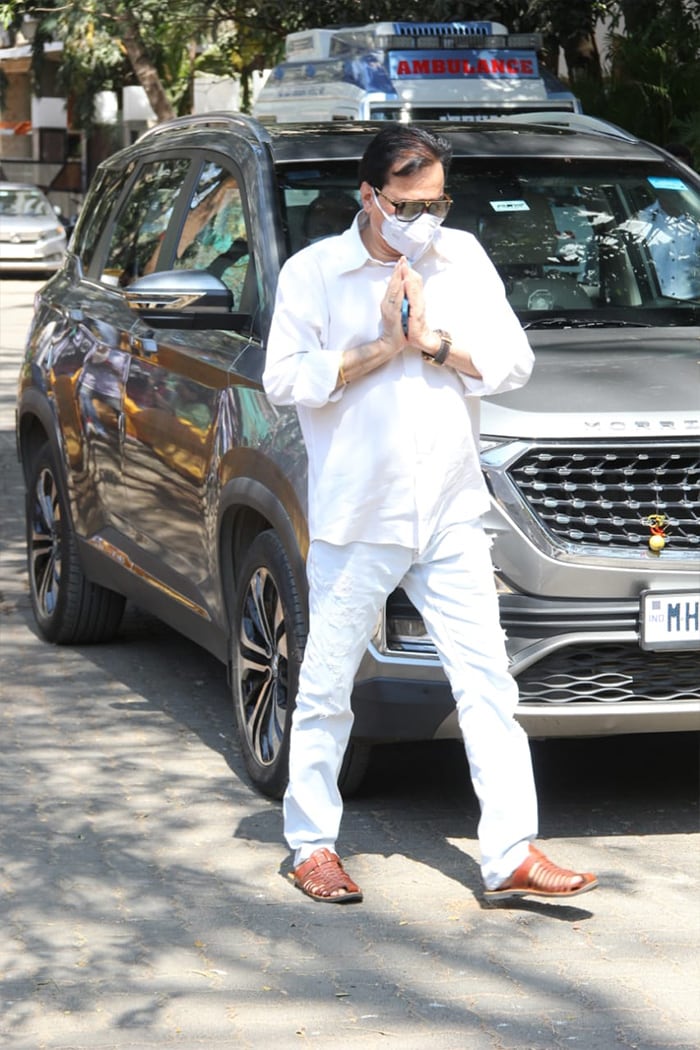 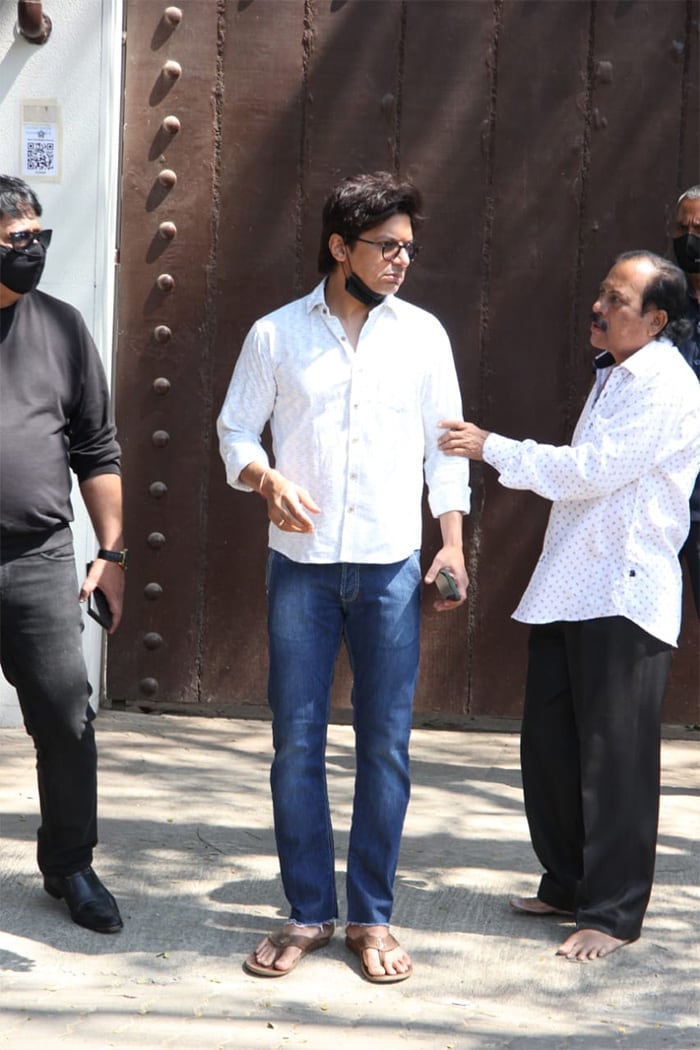 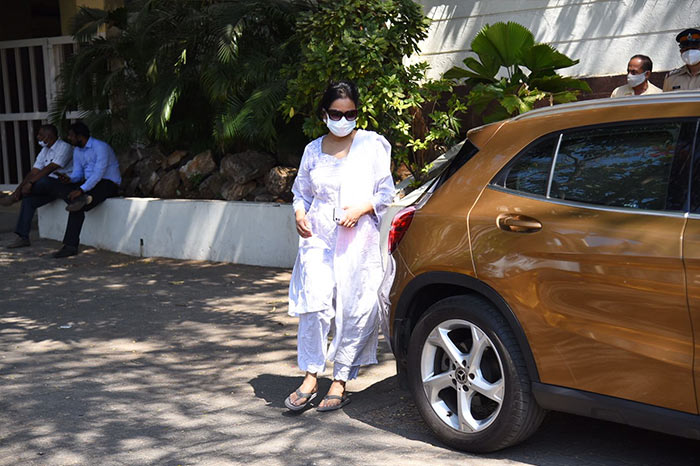 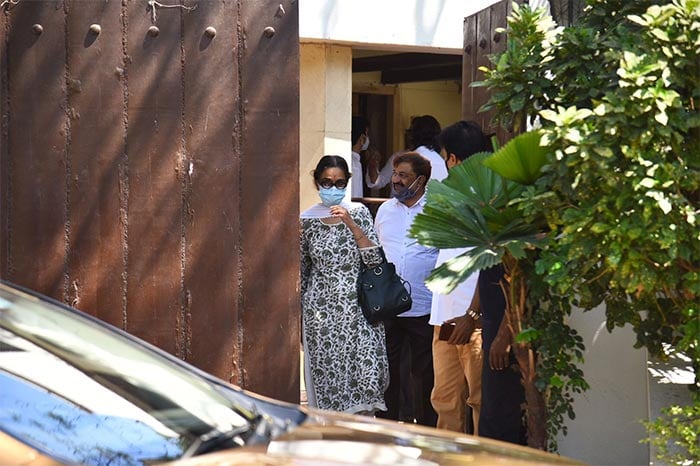 Among the first visitors were veteran actor Biswajit Chatterjee. 1985 film Saaheb, which Mr Chatterjee starred in with Anil Kapoor and Amrita Singh, is best-known for one of Bappi Lahiri's greatest hits - Yaar Bina Chain Kaha Re. "It's a dark day for the Indian music industry. We lost a person who popularised pop and rock music in our country. Bappi was so young when he started working and in a short span of time, he made a name for himself. He's my family. I will miss him extremely," Biswajit Chatterjee told news agency ANI. 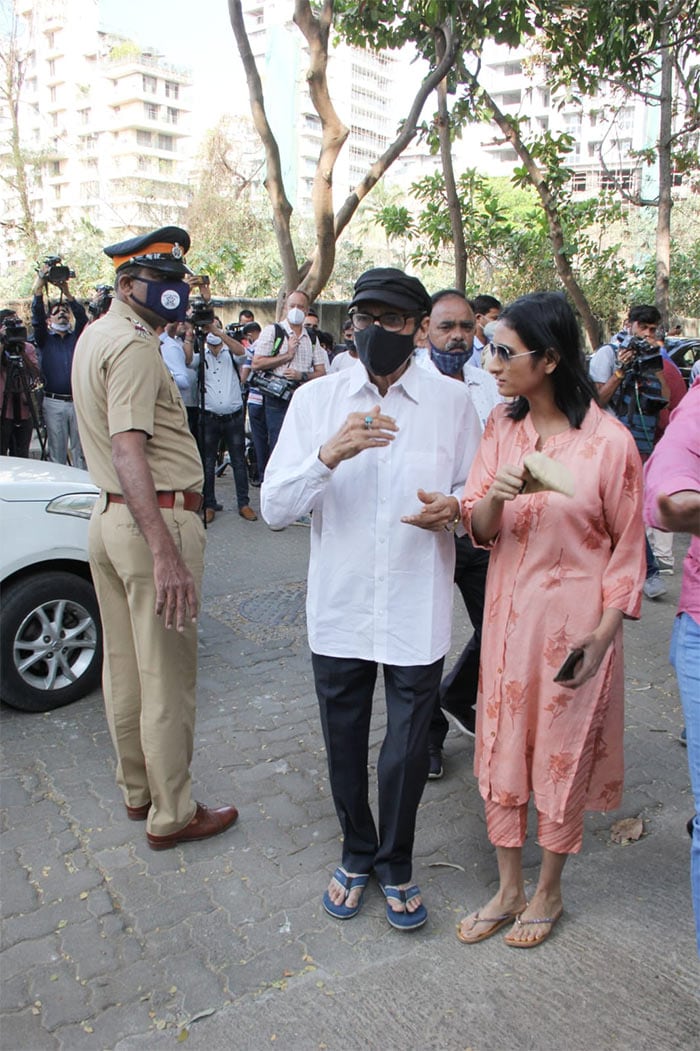 Bappi Lahiri was best-known for delivering popular songs in several films of the late 1970s-80s like Chalte Chalte, Disco Dancer, and Sharaabi, to name a few. His last Bollywood song was titled Bhankas was for the 2020 film Baaghi 3, starring Tiger Shroff and Shraddha Kapoor.

Bappi Lahiri's music ruled the charts, especially in 80s and the 90s with his Disco tracks. Among his most popular ones, were tracks from the films Disco Dancer, Dance Dance and Namak Halaal. He composed and sang musical gems like Koi Yaha Naache Naache from Disco Dancer and Pyar Bina Chain Kaha from Saheb, to name a few. Besides his music, Bappi Lahiri was known for his signature style of wearing gold chains and sunglasses.

Ranveer Singh Couldn't Take His Eyes Off Deepika Padukone, So This Is What She Told Him