The Essential Bappi Lahiri Playlist: 10 Hits To Dance To (And A Bonus Track)

Here's celebrating some of Bappi Lahiri's most memorable dance numbers 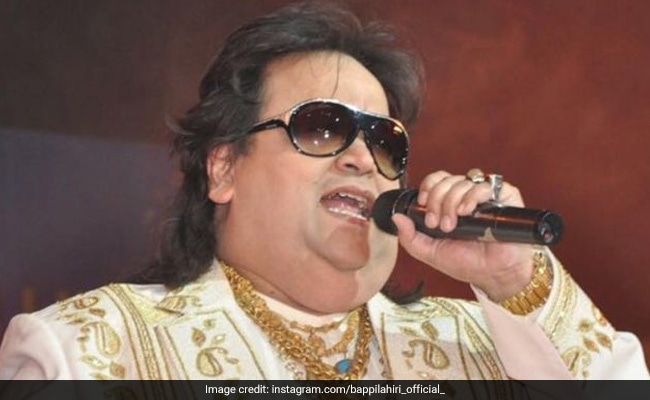 Long before the world of quick remixes, instant Reels and crisp EDM tracks, many of us were trying to figure out if there was a disco dancer within. We found our disco mojo with the help of Bappi Lahiri whose party numbers revolutionised the music of late 70s-era Bollywood all the way through the 80s and well into the 90s. Even if one had two left feet, it didn't matter because Bappi Lahiri's songs were for everyone. Such was the power of the composer's tunes that disco became a household term - even before listeners fully comprehended what the genre and subculture meant in the world of music. Bappi Lahiri, 69, died in a Mumbai hospital late Tuesday night. Fans are mourning the end of an era and a legend who presented them with memories of a lifetime under the dazzling disco light. The best way to remember the composer is by the unparalleled body of work he leaves behind. Here's a list of Bappi Lahiri's most memorable dance numbers, disco and otherwise.

This song needs no introduction. From the 1982 film, Disco Dancer, this is one certified dance number that is sure to get you grooving. Like several songs composed in that era, Koi Yahan Naache Naache was "inspired" by a pop anthem - Radio Killed The Video Star by The Buggles. It doesn't matter - Usha Uthup and Bappi Lahiri's voices make this song one for the ages.

Another hit track from the Disco Dancer, this song will ensure that you get up and shake a leg. Despite the obvious dance beats, this one plays smartly into the story of the movie starring Mithun Chakraborty. Fun fact - Jimmy Jimmy is hugely popular around the world, even in countries as remote as the former Soviet states.

From Saaheb, this is one number that works both as a love song and a party track. Starring Anil Kapoor and Amrita Singh, this is a must-have on your playlist.

This classic creation picturised on Aruna Irani is a dance song for the ages. It has been remixed and recreated by singers and dancers numerous times, but the original stands as testimony to Bappi Lahiri's musical genius.

This party song from Dance Dance is another peppy track that is bound to feature on your retro playlist.

De De Pyar De from Amitabh Bachchan's Sharaabi is what legendary songs are made of. This is a declaration of love and a celebration of romance, all at once.

If you have not danced to this song yet, we recommend you do so as soon as possible. This superhit track is legendary for a reason. And, who can forget Parveen Babi's allure in this song.

Bappi Lahiri, Madhuri Dixit and a party track. It does not get better than this, and Tamma Tamma from 1990's Thanedaar is proof. Another "inspired" song - the original were two songs by Guinean musician Mory Kante. Soon after, Hum was released with Jumma Chumma, also "inspired" by the same Mory Kante songs, on the soundtrack. Tamma Tamma was recreated decades later for Badrinath Ki Dulhania.

Another hit from Namak Halal, this Bappi Lahiri composition is elevated to new heights with Asha Bhosle's beautiful vocals.

Composed and sung by Bappi Lahiri, this song is proof that no one has mastered the art of combining melody with party beats as beautifully as the legend.

While Bappi Lahiri did not compose this song, he made it unforgettable with his distinct voice and style alongside Shreya Ghosal. The track, featuring Vidya Balan and Naseeruddin Shah, is a walk down nostalgia lane to the 80s.

Tell us your favourite Bappi Lahiri track from this list.