There is a Bappi Lahiri song for every mood 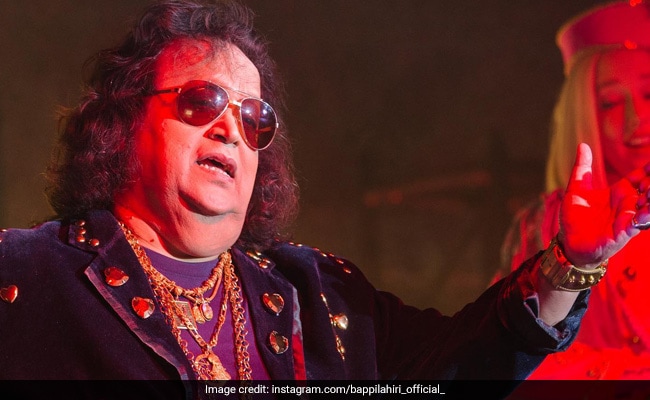 Bappi Lahiri's dance numbers might have been the life of every party but his earliest hits were melodic ballads. Not only did he help us find our disco groove on the dance floor, Bappi Da could also sing of the blues. Sad songs from the king of disco? Bappi Lahiri was nothing if not versatile, his compositions spanning a range of emotions. From upbeat and funky to pensive and soulful to romantic and passionate, there's a Bappi song for every mood. Bappi Lahiri died at the age of 69 in a Mumbai hospital where he had spent a month being treated for multiple ailments.

For those unversed in Bappi Lahiri's music, here's a list of songs to play off the dance floor.

We have to start with this one. Sung by Kishore Kumar, this soulful number holds a special place in our hearts. Especially the line, "Chalte Chalte...Mere Yeh Geet Yaad Rakhna...Kabhi Alvida Na Kehna" which conveys the grief and unpredictability of goodbyes. Chalte Chalte, from the eponymous 1976 film, was Bappi Lahiri's breakout hit song.

Can we call it the love song for generations to come? This song's moody blues will make you fall in love with the idea of love. Over a decade after Sharaabi released, Inteha Ho Gayi featured in the now iconic Antakshari sequence in Maine Pyar Kiya.

Words fall short to describe this epic and hilarious number. The song became an instant rage after the 1982 movie hit theatres.

Another track from the film Namak Halaal is waiting for your attention. The ultimate rain song picturised on Bollywood legends Amitabh Bachchan and Smita Patil is as fresh as the first drizzle.

Sung by Shabbir Kumar and Lata Mangeshkar, it features Jaya Prada making the moves on Amitabh Bachchan. Gori Hai Kalaiyan has been endlessly remixed and recreated.

This one needs no introduction. A staple at most Indian weddings, this classic starring Sridevi and Jeetendra is one for the ages. Naino Mein Sapna also featured in the Maine Pyar Kiya antakshari and was recreated for the 2013 remake of Himmatwala starring Ajay Devgn and Tamannaah.

This song is all about the magic of romance. The fun track from Zakhmee, picturised on Reena Roy and Rakesh Roshan, embodies the energy of young love.

Bappi Lahiri knew how to make songs sound fun and this peppy track is proof. This track and its lyrics are bound to make you smile.

Talking about fun songs, this one has to take the prize for one of the most eccentric yet lovable tunes in Bappi Lahiri's long list of creations.

And, we have a bonus track also. Here it is:

Bappi Lahiri did not compose this song - his was one of the four male voices that sang it (the other two were KK and Vishal Dadlani). Starring Arjun Kapoor, Priyanka Chopra and Ranveer Singh, this song embodies the essence of romance and courtship that Bollywood celebrated in the 80s and 90s. Neeti Mohan sang the female parts.

Farewell, Bappi Lahiri. There will never be another. Which is your favourite song? Tell us in the comments.