Kajol Shares A Throwback Pic From The Sets Of A Nineties Film. Can You Guess It? 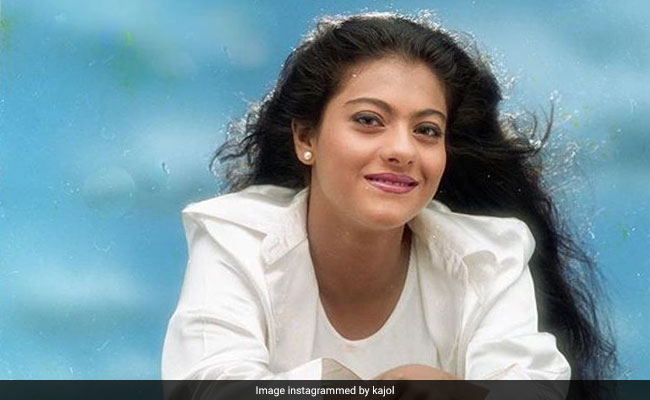 Kajol in a still from her film (Courtesy kajol)

It appears that Kajol is a big fan of old photos and she has arrived with her best bet for this Throwback Thursday. Every now and then, the 44-year-old actress digs out a piece of priceless gold and shares it with her Instafam. Recently, Kajol shared a photograph of herself, which is from the sets of her 1997 film Minsara Kanavu (Sapnay in Hindi). The film was directed by Rajiv Menon and also featured Arvind Swamy and Prabhu Deva. Kajol can be seen seated on a bike dressed in a white shirt and denims with open tresses. She captioned the photo: One from Rajiv Menon's archive. When my hair touched my waist." She accompanied the post with hashtags "#sapne", "#arrahman", "#music", and "#funmemories". "Gorgeous," is the general sentiment on Instagram.

One from Mr Menons archive ..... when my hair touched my waist .... #sapne #arrahman #music #funmemories

Kajol often delights her fans by sharing throwback photos on her Instagram timeline. The Helicopter Eela actress shared a throwback photo of herself dressed in an emerald feather and Swarovki gown from the house of Falguni and Shane Peacock. "Looking back is okay sometimes. Just do it with a smile," Kajol had captioned the photo.

Looking back is ok sometimes .... just do it with a smile . #tbt

In another throwback picture shared by Kajol, the actress can be seen holding a make-up brush in her hand and the expression in the picture is priceless.

Kajol also shared a picture from her 1997 hit film Gupt and accompanied the post with a lit caption, which read: "Now you know why I became a killer? No coffee, Monday morning mood."

On the work front, Kajol was last seen in Pradeep Sarkar's Helicopter Eela, which also featured National Award winning actor Riddhi Sen and Neha Dhupia in pivotal roles. The actress has not announced any project as of now.