Kajol's expression in the throwback picture is simply priceless 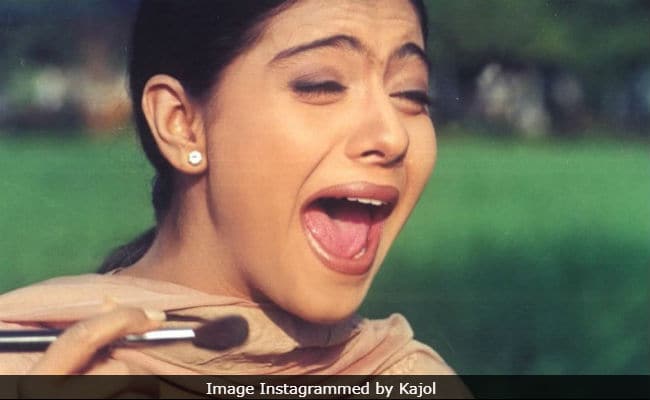 Kajol certainly knows how to set the Internet ablaze and the reason we brought this up today is because her latest Instagram post clearly explains our Thursday mood and how. The Helicopter Eela actress shared an epic picture of herself, in which she can be seen holding a make-up brush in her hand and we must tell you that the expression on her face is just hard to miss. However, it will be difficult to say if it is her priceless expression, or the witty caption that stole our hearts. In case you are wondering what the caption was, Kajol wrote: "My reaction when ..... Somebody says muck instead of #!<%!" Needless to say, Kajol's fans loved the caption and wrote comments like: "you are hilarious," "OMG! This is so cute" and "your captions are the funniest."

How can we forget the picture that Kajol shared from her Nineties' hit film Gupt and accompanied the post with a lit caption. She wrote: "Now you know why I became a killer? No coffee, Monday morning mood."

On the work front, Kajol was last seen in Pradeep Sarkar's Helicopter Eela, in which she played the role of a controlling mother. The film also featured National Award winning actor Riddhi Sen and Neha Dhupia in pivotal roles.